Pepper Spray is a weapon in Saints Row 2.

Pepper Spray is a weapon that temporarily stuns opponents, but cannot kill. The Pepper Spray can be used whilst running, which will do a continuous spraying attack. It can't, however, be used while sprinting. The running spray attack is also much less accurate then standing still. When surrounded by enemies, the Pepper Spray can help make an escape as it can stun multiple enemies at once.

It is unlocked in the Weapons Cache after completing Level 3 of the Crowd Control activity, in the Hotels & Marina District. 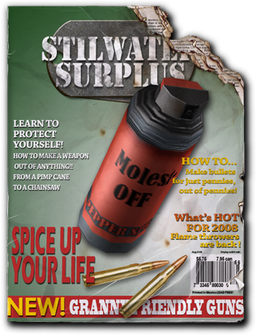 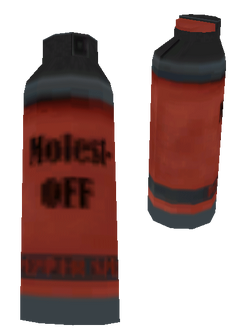 A can of Pepper Spray, viewed in a model viewer

This article contains no references. See Help:Cite.
Retrieved from "https://saintsrow.fandom.com/wiki/Pepper_Spray?oldid=416461"
Community content is available under CC-BY-SA unless otherwise noted.