Paul is a giant monster who has the appearance of a giant Saints Flow can and appears as a boss in the missions "The Saints Flow" and "Pop his Top". Paul has laser eyes.[when?]

While The Protagonist rescues Pierce from his nightmare simulation created by the Zin Empire, they end up going up against Paul who appears as a boss in the mission.[2] The Protagonist takes control of the Steelport statue on Magarac Island and battles Paul by beating him, opening him up and throwing him onto where the statue stood, presumably killing him.[3]

He is later summoned at the final portal in the antepenultimate by Kinzie to further disrupt the simulation.[4] 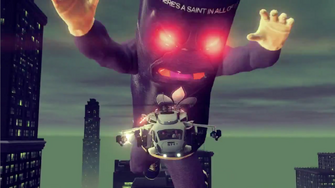 The Protagonist shooting Paul with Eagle's Miniguns in "The Saints Flow" 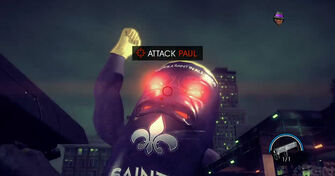 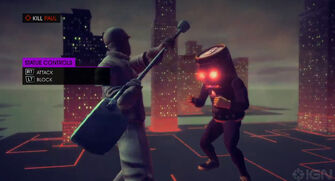 Fighting Paul by controlling the Steelport statue during "The Saints Flow" 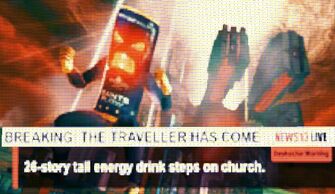 This article contains no references. See Help:Cite.
Retrieved from "https://saintsrow.fandom.com/wiki/Paul?oldid=342246"
Community content is available under CC-BY-SA unless otherwise noted.