"Orange Threat Level" is the fifth mission of the The Ronin story arc in Saints Row 2.

Pierce follows up on Playa's request at the end of Bleeding Out and gets his hands on the passenger manifest of Kazuo Akuji's plane. Wasting no time, Playa sets off to Wardill Airport with Pierce to kill Kazuo, who is arriving very soon.[1]

Together, they cut through multiple Ronin gang members, and kill two lieutenants who attempt to flee in a Knoxville, but do not see any sight of Kazuo. Fortunately for Kazuo, Jyunichi reached him first and drove him safely out of the airport; much to Shogo's chagrin, who Jyunichi claims had left his father to die.[2]

Tempers flared yet again between the Ronin and the Saints today, this time at the Wardill Airport. Authorities say increased security will be the norm for the forseeable[sic] future at all terminals, and reminds travelers to always carry a sidearm.

Drive to the airport before the Ronin arrive

There is a two minute timer to reach Wardill Airport before Kazuo Akuji lands. Get in a nearby vehicle and head to the airport.

Use the back entrance to bypass security

Follow the markers to enter the airport through the back and bypass security.

Once inside the building, head through to Kazuo's gate.

Kill all The Ronin nearby; there are four specific lieutenants that must be killed to fulfil the objective.

Head to the second gate

Head to the second gate.

Chase down and kill the Ronin

A brief chase ensues, with Playa and Pierce giving chase to a pair of Ronin lieutenants. Although the Knoxvilles here are fairly slow, the tight corridors of the airport can make this slightly tricky. Once the enemy Knoxville is destroyed, the mission ends.

If the Knoxville is allowed to reach the loading bay, the lieutenants head outside of the airport and get on a nearby Kenshin. There is a second one beside it which can be used to pursue them, as well as other Ronin on Tetsuos or Hayate Z70s.

Pierce: "I got the passenger manifest..."
Playa: "Thanks."
Pierce: "I'm not Shaundi so, I had to ya know... do actual work to get that."
Playa: "What, you bribed someone?"
Pierce: "Why you gotta be an asshole?"
Pierce: "Akuji bought every 1st class seat on the plane, looks like he's traveling with friends."
Playa: "That'll make killin' him a lot more interesting..."
Pierce: "Well if you wanna welcome him to America you better hurry, his plane's gonna land soon."


— After Pierce changes the radio station

Akuji is gonna have a lotta security, so be ready...

— Pierce, once inside the airport

Someone must have tipped him off, Akuji didn't get off the plane...

— After spotting a pair of Ronin escaping

— After killing all The Ronin

The gate Akuji's flying into is at the back of the terminal, we should drive over there. 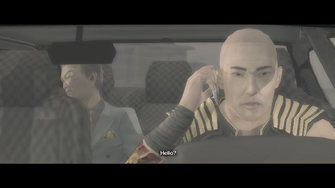 Jyunichi speaks to Shogo Akuji on the phone, having just saved his father, Kazuo Akuji 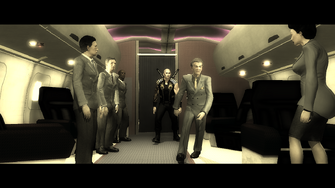 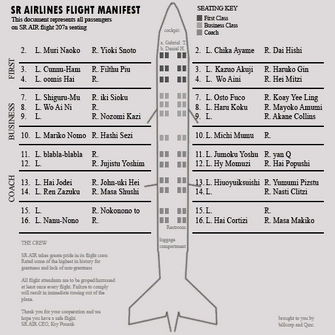 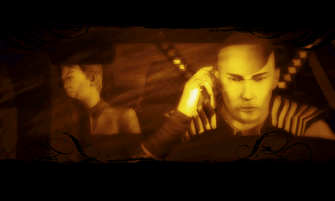 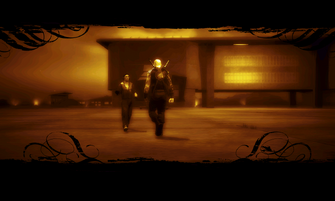 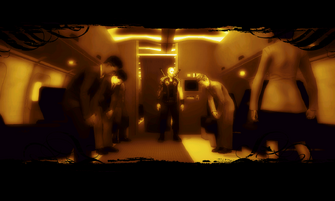 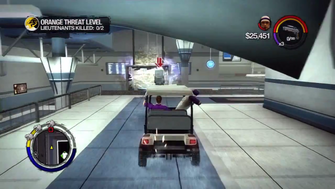 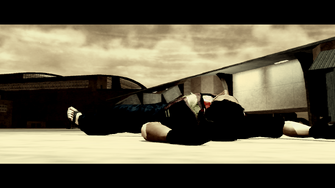 This article contains no references. See Help:Cite.
Retrieved from "https://saintsrow.fandom.com/wiki/Orange_Threat_Level?oldid=425662"
Community content is available under CC-BY-SA unless otherwise noted.