"No Time to Mourn" is the eighth and penultimate mission of the Westside Rollerz story arc in Saints Row.

— Joseph Price, rallying his gang against the 3rd Street Saints.

Angry at what the 3rd Street Saints have done to the Westside Rollerz over the course of the Westside Rollerz story arc, and over the death of his uncle, William Sharp, and the disappearance of his best friend, Donnie, Joseph Price rallies his gang to burn the 3rd Street Saints' home turf, Saint's Row District, to the ground. They leave in a convoy heading across the highway. Troy hears of the plan and reports to Julius Little, who leaves with Playa to stop the convoy in his Zenith.[1]

After destroying 11 Westside Rollerz vehicles along the highway before they reach Saint's Row, Julius Little and Playa head for Joseph Price's Attrazione, but after a collision which sends Playa flying onto the road, Price manages to escape.[2]

N​igga, you should buckle your seatbelt.

After the challenge of the previous mission[3], this penultimate mission of the Westside Rollerz story arc isn't particularly difficult at all.

Intercept the convoy in the Rollerz' Suburbs.

The only objective is to destroy a convoy of 11 vehicles as they make their way to Saint's Row District, and must destroy them before they exit the freeway.

Although the objective is to intercept the convoy in the Suburbs district, the rendezvous point is located in the Arena district, and there is no urgency to reach it, as the convoy never appears before entering the marker.

To begin with, drive Julius' Zenith to the freeway in the Arena District with Julius. Any damage sustained to the vehicle carries on into the next gameplay segment, where Julius drives along the freeway, with Playa in the passenger seat.

There is infinite ammunition for all weapons, as well as an RPG Launcher if they didn't have one. The inaccuracy of the RPG Launcher, and its large splash damage, may destroy the Zenith. However, at medium range, it is a deadly weapon, capable of destroying each vehicle in one explosion.

Whichever weapons are used, the mission should be fairly easy with decent accuracy.

Jack Armstrong: "Jack Armstrong in the newsroom. The body of an unidentified female was discovered this morning along the shores of Stilwater Bay. Her body was badly bruised and her clothes were missing. Police are hoping that you can help identify her. All they have to go on is that she was estimated to be between 25 and 30 years of age, 5'3", approximately 105 lb, and was of Asian descent. If you have any information on this Jane Doe-san, please call the missing persons hotline at the Stilwater police barracks. From the newsroom, I'm Jack Armstrong."

Julius Little: "Did ya catch the news? Looks like they found Lin's body floating in the river this morning. Sorry, dawg. I know you did everything you could."
Julius Little: "Johnny's gonna take it pretty hard when he finds out, and you can bet yo' ass that he's gonna be callin' for blood."
Joseph Price: "Listen up, people. We're done dicking around with the Saints."
Joseph Price: "These streets were ours before those bitches from the Row showed up! And when they stepped, what did we do? They fucked up our race, and we just took it. They fucked up our deliveries, and we just took it. And now they killed my Uncle, and who knows what the fuck they did to Donnie. Now, I'm only gonna say this once. We're not gonna sit here and fuckin' take it."
Joseph Price: "Light 'em up, boys. We're burning Saint's Row to the ground."
Julius Little: "We're not going to wait for them to hit us again, we're takin' the fight to the Rollerz."
Troy: "Yeah, well, we might have to rethink that plan."
Julius Little: "What's going on?"
Troy: "Word is, every Roller that Price could find is headed this way."
Julius Little: "How much time we got?"
Troy: "Shit man, I don't know. My man says they're movin' pretty fast."
Julius Little: "Aight, you're comin' with me. We got some Rollerz to fuck up."

You gotta be more careful or we won't even make it there.

— Julius Little, if the car is damaged on the way to the convoy


— When the car takes damage

Julius: "That's right, fuck 'em up!"
Julius: "This is what you get muthafucka!"
Julius: "We ain't lettin' you hurt the Row!"
Julius: "You bitches better get the fuck outta my city!"


— When attacking the convoy.

Julius: "We're off to a good start."
Julius: "Keep it up and these bitches ain't gonna have a chance."
Julius: "That's right, make these muthafuckas pay for what they did to Lin."


— After damaging the convoy


— After destroying an enemy

— Julius, upon completion of the mission

Julius Little: "We're comin' up on Price. Let's take that muthafucka out!"
Julius Little: "N​igga, you should buckle your seatbealt."
Julius Little: "Just the same, one getting' away ain't bad. Let's get outta here, playa. We'll deal with Price once you get patched up." 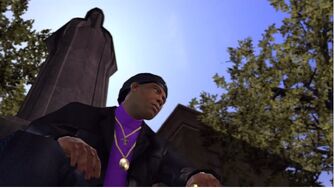 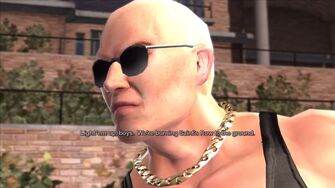 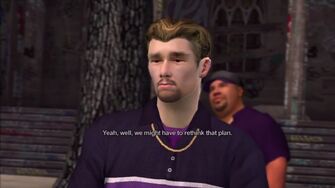 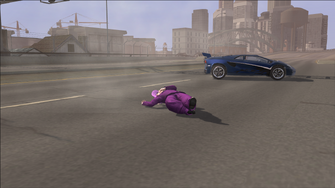 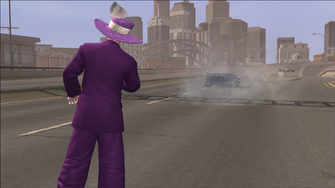 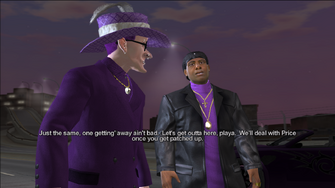 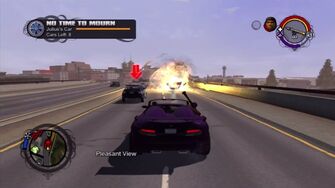 No Time to Mourn - blowing up Rollerz

This article contains no references. See Help:Cite.
Retrieved from "https://saintsrow.fandom.com/wiki/No_Time_to_Mourn?oldid=421522"
Community content is available under CC-BY-SA unless otherwise noted.