There are multiple Multiplayer modes in Saints Row 2.

Co-op allows for two players to team up in Stilwater, while Strong Arm allows up to eight players and Gangsta Brawl allows up to twelve.

It is not possible to play any form of multiplayer in Saints Row 2 with players on a different platform.

Your online multiplayer character is separate from your Character used in the open world campaign, and you have to earn cash from multiplayer matches to purchase customization items such as clothing and tattoos.

Ranked Matches track statistics for world leaderboard standings. Money earned in Ranked Matches can be used towards clothing and other customization options. Strong Arm, Gangsta Brawl and Team Gangsta Brawl can all be played as Ranked Matches. These can be selected at random with Quick Match or with specific criteria in Custom Match.

Party Games are non-ranked games where the host can choose a preset variant of a multiplayer mode or create custom settings.

The host can change the following elements of Strong Arm matches:

Multiplayer ranks players in many different categories, including wins and losses in all the game modes, as well as kills, deaths, and earnings. Single Player mode also has leaderboards for a wide variety of activities covering Notoriety, Co-op, Diversions, Killing Sprees, and Vehicle Jumping.

The lobby is where players waiting for a match to start can shoot each other, talk trash, etc. While in the lobby, players can also look for specific match types and set teams, or (if hosting) set parameters for player matches and kick players. Ranked players will only join a lobby when creating a party with friends and looking for ranked matches to join. There are no player stats recorded while in the lobby.

New Hennequet Rec Center
The basketball court of the rec center. You can waste time trying to land shot with the basketballs or kill each other with either the Pimp Slap or the VICE 9.

Saints Hideout
The nightclub used as the Saints' underground hideout and seen in the Shantytown map. An assortment of weapons available to use here. There are also targets to shoot at, making it a great place for warming up with different weapons.

Players can now play cooperatively in the game world. In Options, you can set it so anybody, your friends, or nobody can freely drop in and out of your game.

While playing Co-op, two additional diversions are available: Cat & Mouse and Death Tag. The Corporate Warfare DLC also includes a Stuntmen diversion, where players compete to see who can score the most points with Driving Stunts.

If you own the Ultor Exposed DLC, you can also enable a Co-op metagame where you and the other player compete to see who can get the highest score when playing Missions. The player with the most points when the mission is completed earns additional cash.

Gangsta Brawl is a competitive deathmatch mode in which the goal is to kill as many of the opposing players as you can. It can be played in a free-for-all or team-based mode. The Player or Team with the highest score at the end of the match is the winner.

Gangsta Brawl is an every-man-for-himself mode; anybody you see is an enemy. Victory is awarded to the player who succeeds in earning twenty-five kills or whoever the highest-scoring player is after the five-minute time limit expires.

Team Gangsta Brawl is a team-based variant of Gangsta Brawl. Due to players quitting, the teams are not always going to be even. There are two teams; the one you're in is always the Blue Team and the opponents are part of the Red Team. Victory is awarded to the team who succeed in earning fifty kills or to the higher-scoring team after the ten-minute time limit expires.

The Hangar
This map is based on the indoor aircraft hangar in Wardill Airport. There is a plane in the middle of the map with a tangle of crates and shelves around it. Off one corner of the room runs a large hallway which leads into a small room which spawns a special weapon, sometimes an RPG launcher. Pipe bombs and an RPG launcher spawn on each wing of the aircraft. A walkway runs over the top of the plane and eventually leads into a computer room which spawns a McManus. There are a few barrels which are explodable scattered around the map. There are plenty of nooks and crannies in this map so hiding can be somewhat easy.

Little Shanghai
This map is based on a small part of the Little Shanghai district. This map is open for Gangsta Brawls, and also Strong Arm Matches. The map is triangular, with open roads running down the middle of each side. The middle of the map is a series of narrow walkways. The east-west road running along the top of the map is secluded from the rest of the map, accessible through two gateways leading from the other sides of the map. The eastern diagonal road has a large seating area at the northern end of it (which leads into the topmost road) - shotguns and SMGs will spawn here. The western diagonal road has a small pagoda to the north of it, spawning a sniper rifle, a closed-off alleyway halfway down and to the east which will spawn a rocket launcher and a large seating area at the southern end of it. Generally, the western diagonal road is where many of the players will head for, largely due to the rocket spawning there. In the middle of these two roads is a series of tall buildings with narrow alleyways in between them; these alleyways will spawn an assortment of weapons in them. Scattered around the map are some usable vehicles; some people may attempt to "spider bike" with the Kaneda to escape an attack. This map is very open and it is necessary that are well-acquainted with the AK in order to win matches here.

The Pyramid
This map is based on the main room in Ultor's underground military base, the Pyramid. There are four levels in this map; the first, second and top floors are completely open meaning that there is no roof until the top of the top floor. The bottom floor, however, is sealed off from the rest.

Rounds Square Mall
This Map is based on The Middle Section of Ultor's Round's Square Mall, and is filled with Cars, as Players will use them to run people over. There are Stairs placed all over the map, which act like Ramps, giving Players the ability to Launch themselves off. There are many floors, Players will usually go for the Special weapons more often then Cars. Be careful though, as this is a Rocket Whoring Map, as it has more Rockets then any other Map.

Stilwater Science
Easily the most popular and most lag-prone map of the game, Stilwater Science is based on the main part of the science museum which is visited in a Ronin stronghold mission. Like the Pyramid, the Science Museum has four levels.

Warehouse
This map is included as part of the Ultor Exposed DLC pack.

Cellblock
This map is included as part of the Ultor Exposed DLC pack.

Lost Island
This map is included as part of the Corporate Warfare DLC pack.

Brotherhood HQ
This map is included as part of the Corporate Warfare DLC pack.

In Strong Arm, two teams fight for control over the neighborhood. To win, earn cash to buy out the neighborhood. Cash is earned by participating in activities and killing opponents. Tagging spots in the level offer bonuses which can tip the scales in the match. Teamwork is important in Strong Arm. Activities are easier to win with more people involved. Tags are also dangerous to try to steal without someone watching your back. Activities also award secret team bonuses for players working together.

Holding down two or more different buttons at once is essential in Saints Row 2's mutliplayer. Be it for dueling or killswitching, it's something that you need to be able to do. If you hold down both the shoot and sprint buttons on your controller, as soon as you release the sprint button you will begin shooting. Then, if you press the sprint button again you will begin to run again. Same thing if you are holding down the crouch and/or sprint and/or shoot buttons; as soon as you release the sprint button your character can crouch and/or shoot. Saints Row 2's multiplayer is fast-paced, and being able to sprint is completely essential.

It is important that you either stay still for a fraction of a second, or be constantly moving when in combat. When not shooting, you should be sprinting in a diagonal fashion to confuse your enemy. Try to keep your crosshair pointed at their head when you shoot. It is possible to confuse your enemy and sprint behind them, allowing you to nail in a shot before they turn around. Crouching suddenly while in combat is also very confusing and can give you an advantage because the other player is left in an awkward position shooting above you. You'd be surprised at how annoying it is to aim at somebody who is crouching.

A commonly used method is to find a shotgun and go on a mass killing spree. Seeing that the shotgun is one of the most powerfull weapons in the game. Though be advised that if you run in to another player with a shotgun you should find cover and fire when you get a chance, if the player does happen to kill you, than you should either seek another shotgun, or try to hold out using a different strategy. See the list of maps above to find shotguns.

Killswitching is easy and, as the name suggests, can kill your opponents very quickly. When you are dual-wielding SMGs and have a shotgun in your inventory, get close to the enemy and press the shoot button. As soon as your character begins to shoot the SMGs tap the weapon-change button while still holding the shoot button. If you were close and/or accurate enough you may have killed your opponent, or at least caused severe loss in health.

Usage of either the .44 Shepherd or the K6 Krukov is advised for long-range combat. Try to aim for the head, and be ready to get out your shotgun when the enemy tries to get in close and finish you off.

Sprinting is a useful way of avoiding being shot. Sprint around in circles, but change your path often, or the players will predict where you move. It is also recommended to shoot immediately after sprinting, and aim carefully. Running around will confuse Players, and throw them off track.

Rocket whoring is a tactic used in multiplayer often, As the rocket is the most powerful weapon in the multiplayer game. It is, However frowned upon by many players in the community, it is best countered with a long range weapon or a baseball bat from behind.

It is important to stick to your team, when someone tries to kill people with rockets, shotguns, or pimp slaps, it is good to have teammates around to back each other up. It is also common that a group of people on the other team try to find people on their own and kill them, sticking together will not only prevent that but also make it a fair fight. But the main reason to stick with your team is that working together is generally better than trying to survive yourself. 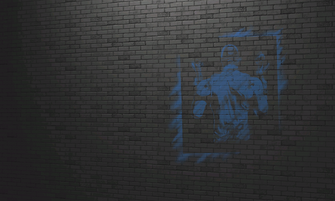 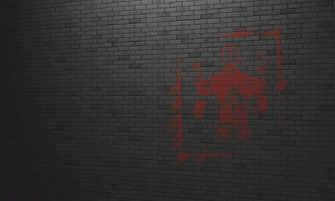 This article contains no references. See Help:Cite.
Retrieved from "https://saintsrow.fandom.com/wiki/Multiplayer_in_Saints_Row_2?oldid=416016"
Community content is available under CC-BY-SA unless otherwise noted.