Mourning Woods Cemetery is a neighborhood in the Suburbs Expansion District of Stilwater.

Aisha's funeral is held here by the Saints during the course of the story.[1] It is immediately followed by an impromptu Texas funeral of Shogo Akuji.[2]

The Neighborhood is initially under the control of The Ronin, but is unlocked for the Saints after completing "Rest in Peace".

There are no Activities or Stores in this Neighborhood, but a Secret Area named Cemetery Sex Cavern can be accessed via the crypt labeled "Hawk." A Hitman target can also be found here.

The map in this article shows several locations:

The gray areas of the map are parts of different neighborhoods. 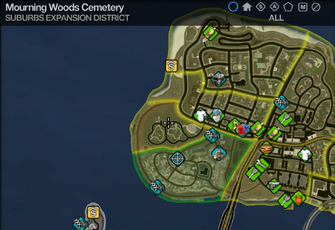 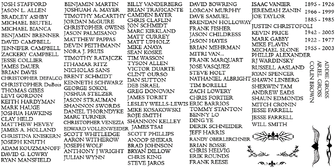 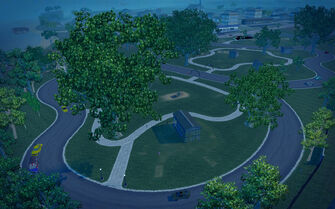 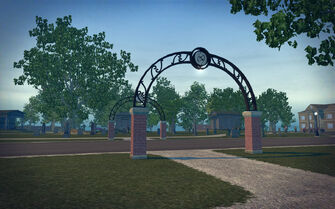 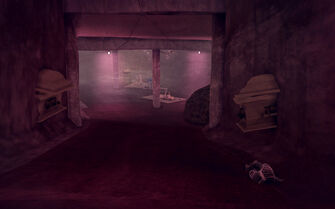 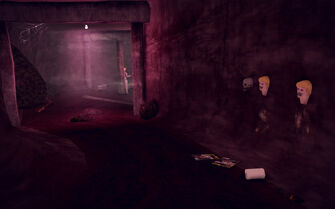 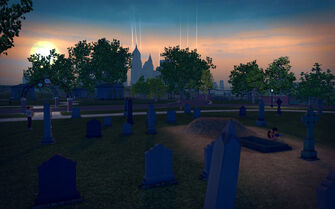 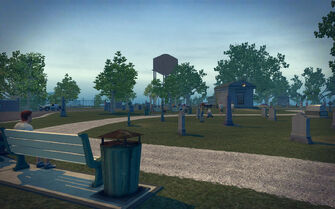 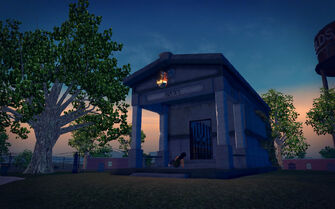 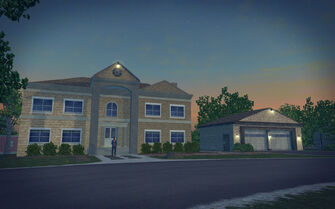 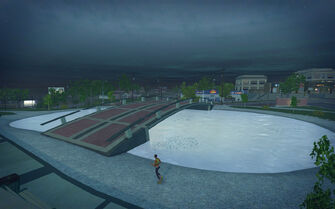 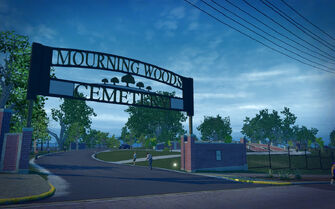 This article contains no references. See Help:Cite.
Retrieved from "https://saintsrow.fandom.com/wiki/Mourning_Woods_Cemetery?oldid=407757"
Community content is available under CC-BY-SA unless otherwise noted.