Monica Hughes is a character in Saints Row 2 and Saints Row: The Third.

Monica Hughes is the widow of Richard Hughes.

After Richard's death at Julius Little's hands[2], she became the mayor of Stilwater. She supported her husband in all his plans, but her unhappiness started when Richard started working with Ultor. From there Ultor slowly faded away Richard's legacy by taking credit for the radical redevelopment plans he created. First, Richard's plan was called the Hughes Initiative, then the Ultor-Hughes Initiative, then just the Ultor Initiative. Because of this, she grew to hate Ultor.[3]

She later hired Playa to devalue or destroy as much of Ultor's property as they could in order to get her revenge.

After the events of Saints Row 2, Hughes, now a U.S. Senator, traveled to back to Stilwater to begin construction on Hughes Memorial Bridge.[5]

After this bridge is destroyed by the Luchadores in an attempt to ambush the Saints leadership[5], she travels to Washington D.C. to present the "STAG Initiative", a group of trained soldiers and mercenaries to be used to subdue the gang violence in Steelport.[6] After STAG is approved, she is on constant watch, making sure they do what they're supposed to, while trying to stay good in the public eye.[7] At the end of the game there is a choice which affects Hughes' behavior in the cutscene at the end of the mission,

After killing Killbane, she becomes angry, believing that the Saints are responsible for destroying the monument.[reference?] After a meeting with STAG Commander, Cyrus Temple, she reluctantly gives him permission to bring in the Daedalus. After killing Cyrus and destroying the Daedalus, Playa sends a message to Hughes, declaring Steelport an independent city-state.[8]

After saving Shaundi, Viola DeWynter and Burt Reynolds, Monica congratulates the Saints, mainly to stay within favor of the public eye. Cyrus disapproves of this, but she orders STAG out of town for threatening to destroy a monument.[9]

During the opening cutscene of the first Activity in Genkibowl VII, "Apocalypse Genki", the news ticker reveals Hughes is set to announce her presidential bid.[11]

During initial Player Customization, a news headline says that Monica Hughes signed a seven-figure publishing deal for her autobiography, after losing her presidential bid.[12] 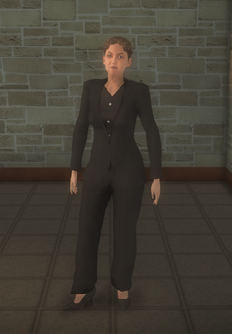 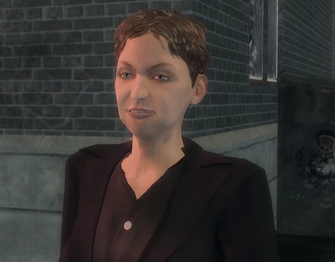 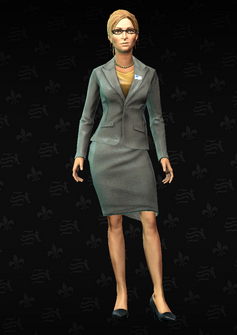 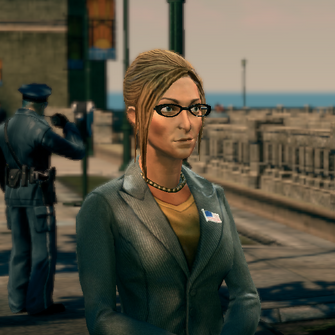 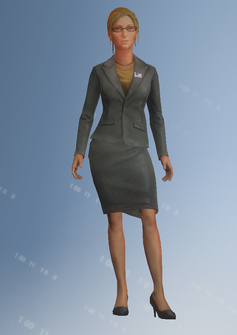 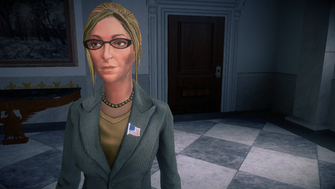 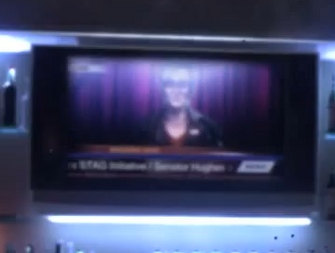 Monica Hughes at press conference on t.v. in the Saints Row: The Third Power Trailer 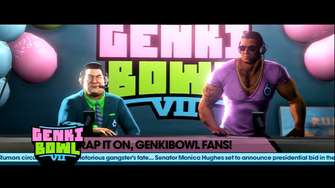 "Senator Monica Hughes set to announce presidential bid in the..." 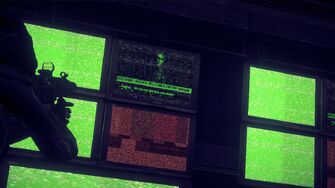 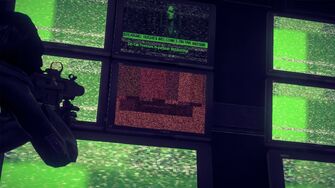 • List of articles to check
Retrieved from "https://saintsrow.fandom.com/wiki/Monica_Hughes?oldid=423142"
Community content is available under CC-BY-SA unless otherwise noted.