The Mollusk Launcher[1] is a weapon in the Funtime! Pack DLC for Saints Row: The Third.

Professor Genki's Mollusk Launcher is a bright colored weapon that fires live octopi[2] at targets. The gun combines properties of Satchel Charges and the Annihilator. The octopi fly straight forward, stick to what they hit and can be rapidly detonated using the grenade button.

Unique to this gun is the mind control ability. When a human target is hit, they first burst out in dance, then aid The Protagonist in battle for as long as the octopus remains attached. The mind control does not work on everyone. Co-op players, homies and brutes are immune but can still be damaged by detonating the attached octopus.

This weapon was originally only available to pre-order customers as part of Professor Genki's Hyper Ordinary Pre-Order Pack,[3]. This pack was renamed Funtime! Pack and released[4] as a stand-alone DLC in Feb 2012. 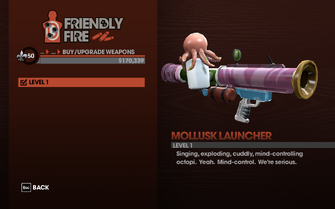 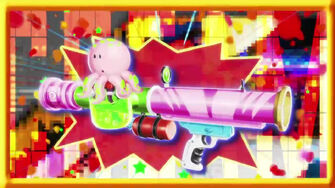 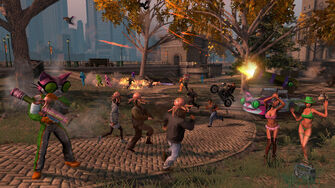 The weapon in use in promo 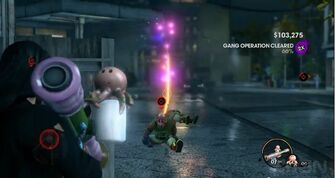 The Mollusk Launcher being used during the "Itagaki" Trailer 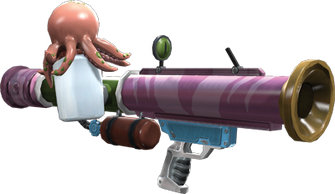 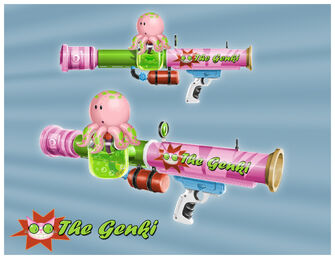 This article contains no references. See Help:Cite.
Retrieved from "https://saintsrow.fandom.com/wiki/Mollusk_Launcher?oldid=406874"
Community content is available under CC-BY-SA unless otherwise noted.