Mission Beach is a neighborhood in the Saint's Row District.

Throughout Stilwater history, the neighborhood has always been considered mainly a low income run down residential area. Possibly back in the 50s & 60s the neighborhood could have been more promising but by the 70s had become just another gangland killing field claimed as territory in the endless gang wars. Around the early to mid 70s a young tough by the name of Julius Little moved into the area, from "The Gardens", possibly into Mission Beach. With him Little brought the heavy gang influence of the West Side to Mission Beach, sealed in him by neighborhood legend, Sunnyvale Gardens most respected gangster, Vice Kings leader Benjamin King. Little wanted his neighborhood to have its own independent culture separate from other neighborhoods, so on 3rd Street Julius established the 3rd Street Saints, in order to keep trespassing rival gangs out by any means.

When Mission Beach was identified and established as 3rd Street Saint territory it ignites tension with the other gang. Resulting in gang beefs which lead to all or nothing warring. An example is the war being waged by these two gangs, 3rd Street and the Vice Kings. Both longtime gang leaders grew up together but due to gang affiliation, and different gang principles began to collide with one another, as expected amongst gangs seeking respect through gun play and killing. Led these gangs to declare war against each other. It's strongly assumed that 3rd Streets war with the Vice Kings has been going on some 30 years strong.

Killings, shootings, and general gang banging is the resulting culture in the gang stemming from a three decade long war. It goes without being said that because of the gang wars many 3rd Street Saints and innocent bystanders have lost their lives in the neighborhood streets from being caught in the crossfire, of gunfire exchanging gangsters, and gunned down in drive-by shootings carried out by enemy gangs, not to even speak on deaths caused by stray bullets.

Despite their heavy presence, gang killings continue to plague the area with no serious sign of decreasing any time soon. Since Mission Beach is claimed territory and borders Harrowgate, and Athos Bay both being territories claimed by rival gangs, Mission Beach suffers from day in day out constant gunfire. But 3rd Street has fearlessly defended Mission Beach from rivals, earning it the reputation of being an aggressive gun playing territory.

After The Protagonist is put into a coma after the explosion on Richard Hughes yacht, Ultor begins to revitalise Mission Beach, rebuilding the Saints Row Church and building the Phillips Building in its place, turning Mission Beach into a corporate utopia. 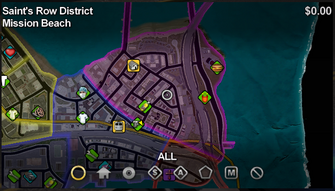 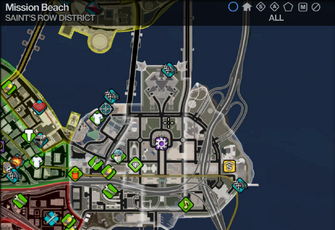 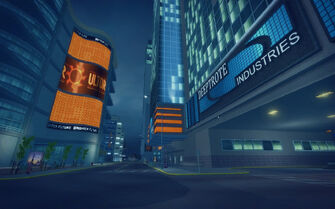 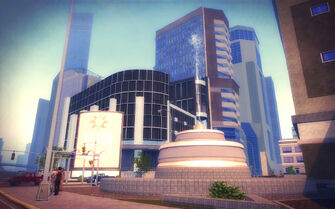 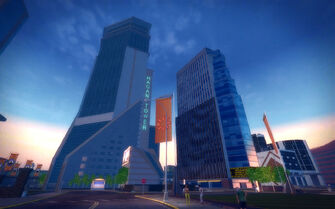 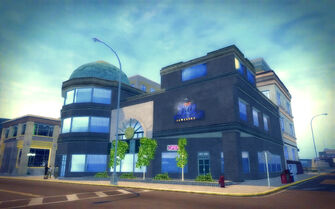 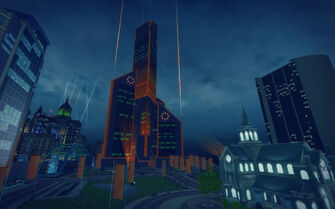 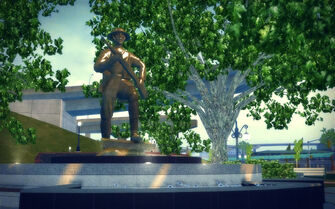 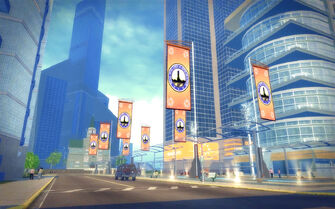 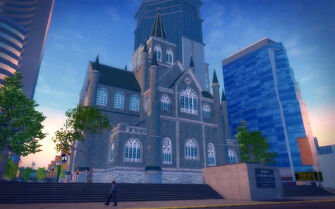 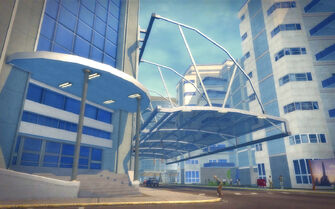 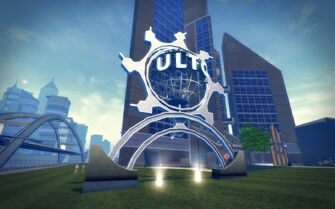 This article contains no references. See Help:Cite.
Retrieved from "https://saintsrow.fandom.com/wiki/Mission_Beach?oldid=409858"
Community content is available under CC-BY-SA unless otherwise noted.