Miracle on 3rd Street is the first mission in How the Saints Save Christmas DLC for Saints Row IV.

It's the most wonderful time of the year and we must keep the holidays alive!

The mission starts off with Jane Austen doing a short narration setting the scene for the DLC, before transitioning to The Ship. The Saints are setting The Ship up for Christmas, but Playa refuses to help, which prompts Shaundi to call them a Grinch. The Boss is questioned by Shaundi, Pierce, Matt Miller and Kinzie about if he cares about anything Christmas related, but then The Ship gets shakes about and Kinzie points out that it's not an attack. A purple energy field appears and reveals a Future version of Shaundi with cybernetic implants, who claims that Clawz is coming, and that he's a warlord from her time and the present-day Saints future. When Playa goes to confront Future Shaundi for not going back in time to stop Zinyak's invasion, Future Shaundi quickly arm-locks and incapacitates Playa, warning them that Clawz is a serious threat, which makes Playa stand down and is released. Future Shaundi would go on to say that Santa had be trapped for decades, and that he needs to be saved before time runs out. Playa would later be pushed into dealing with the situation after they claim it to be stupid.

Future Shaundi then spots Santa and is revived by Playa, asking him about thin he looks, he mentions how the Christmas spirit does not exist anymore thanks to Clawz, and says that they have to start of by ringing the bells around town. The group proceeds to do this but Santa notices Future Shaundi's anger and hatred, promoting him to try and calm her down, which surprises her that Santa knew her name and helps calm Future Shaundi, and would explain that her hardened attitude was due to the war with Clawz, with Santa telling her that there might be a hack sack under her tree for her and cheers her up. With Santa fighting alongside the Saints, Playa rings the bells and progressively restores their Super Powers and Santa's while granting Powers to Future Shaundi, before they go after a projector. Playa gets the projector but still continues to show no care about the situation, promoting Future Shaundi to call them a Grinch.

When the projector gets set up, it brings Clawz's Sledge down but Clawz is still protected due to the lack of power being supplied to the projector, in which CID agrees with and tells the trio to head to the town hall and protect him while he helps out. Future Shaundi asks Santa about the situation with the North Pole and he explains how Clawz has turned Twinkle against him, mildly agitating Future Shaundi as she bring up how he took her arm, although Santa assures her that Tinsel and the elves have set up a resistance and that Mrs. Claus will be fine.

CID finishes up and tell Playa that they are needed up on the roof to make the plan work. He then tells Playa to lick the pole, making them swear and Future Shaundi scolds them before they decide not to lick the pole. CID then decides to dare them and they lick the pole, electrocuting them and restoring power to the projector. The trio goes back to Clawz and incapacitates him, but before he can be finished off, Clawz escapes and Santa tells the Saints they need to go to the North Pole and stop Clawz. 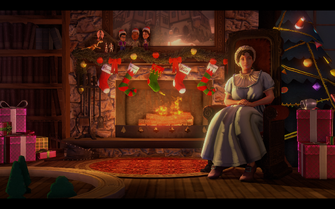 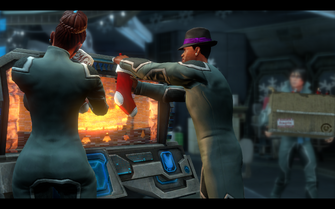 Shaundi, Pierce and Matt preparing the Spaceship for Christmas 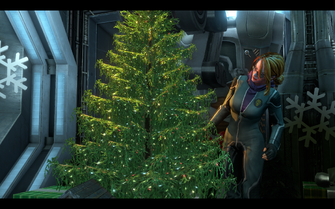 Kinzie setting up the Christmas tree 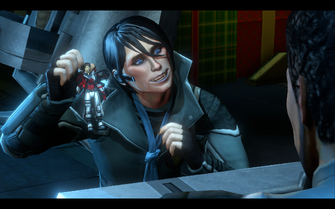 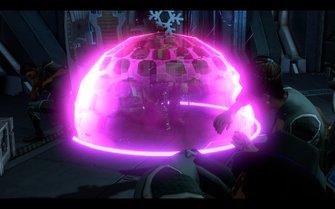 Future Shaundi appearing on the ship 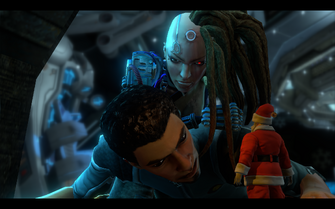 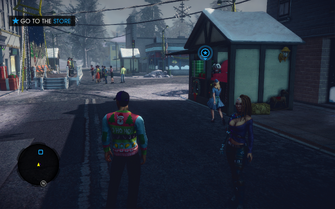 Playa and Future Shaundi has to go to the store 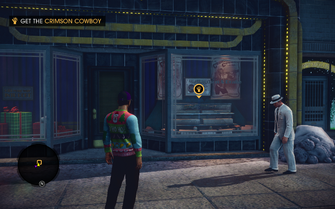 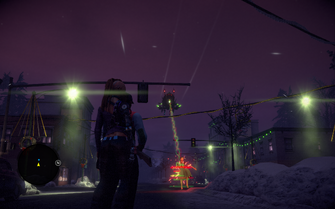 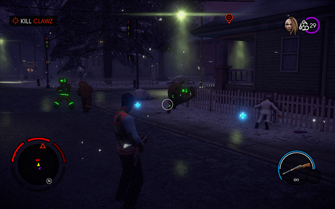 Playa fighting off Gingerbread men with the Crimson Cowboy 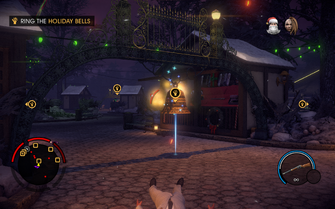 Playa has to ring the Holiday Bells 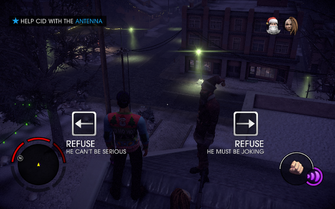 C.I.D. asks Playa to help with the Antenna 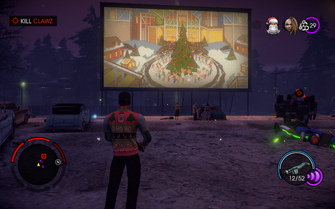 The Christmas film being played from the recovered Projector

This article contains no references. See Help:Cite.
Retrieved from "https://saintsrow.fandom.com/wiki/Miracle_on_3rd_Street?oldid=421516"
Community content is available under CC-BY-SA unless otherwise noted.