Minigun/Rockets[1] is a vehicle-mounted weapon in Saints Row 2, Saints Row: The Third and Saints Row IV.

Minigun/Rockets is a vehicle mounted weapon on the Tornado, Vulture, AB Destroyer, Eagle and Commander (Saints Row: The Third version). The game treats it as a single weapon, though each component is controlled individually and simultaneously.

The Minigun is the primary component of this weapon. On the Vulture and Tornado, it is mounted on a ball joint which allows it to turn 360 Degrees on a horizontal axis and fire downwards, though not directly underneath the helicopter. On the AB Destroyer, it cannot turn at all. In the Eagle, these weapons (because has 2) is mounted in the stub wings and the Commander uses one in the rear and cannot shoot in the front.

The Minigun is best suited to taking out people on the ground, as it can dispose of them in a fraction of a second. Against vehicles, Rockets are better, as it takes a few seconds of sustained fire to take out a still, unarmored target, let alone a moving armored target with the Minigun.

Firing the weapon whilst moving generates the effect that the bullets have drop. This is merely an illusion caused by the slow speed of the rounds the Minigun fires - they are actually very accurate.

The Rockets component of this weapon functions essentially the same as the Annihilator RPG - the rockets are laser-guided and can lock on to vehicles. However, they have a much lower rate of fire then the Annihilator RPG. These rockets are best suited for taking out lightly-armored vehicles such as the Five-O, a job they excel at.

In Saints Row: The Third, helicopters can shoot rockets faster, except the Tornado, which is slow, but it can lock-on. The Commander only has 1 rocket pod in the front and is best suited to destroy helicopters or boats, but requires accuracy.

They are an aircraft's best bet against an enemy aircraft - but more often then not, the enemy aircraft has them too. A single rocket sends any airborne vehicle plummeting to the ground like a rock, but a second rocket is often necessary to neutralize the vehicle before it hits the ground.

Usage of rockets may be problematic during missions which require escorting a vehicle on the ground, if not cease using them altogether, as the potential for friendly fire is very high. Use them exclusively on laser-targeting mode, and try to hit behind the target vehicle. The splash damage kills the occupants, but the vehicle doesn't explode, limiting splash damage to the protected vehicle. Stationary targets, such as the rocket-launching Masako in "Corporate Meltdown" are generally safe targets to use rockets on.

The Minigun/Rockets icon in Saints Row 2

The Minigun/Rockets icon in Saints Row: The Third 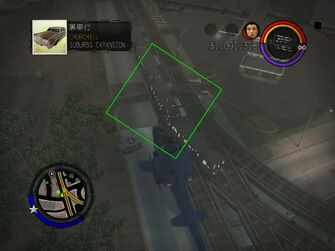 A Tornado locks onto a train with Rockets 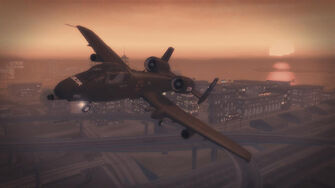 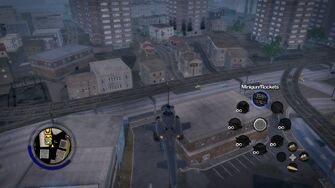 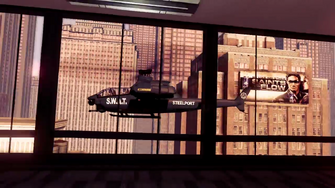 A Tornado from Saints Row: The Third with Minigun/Rockets visible 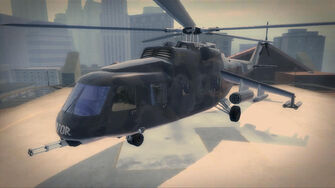 The Vulture, with Minigun/Rockets clearly visible 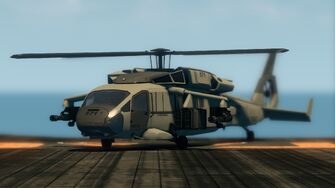 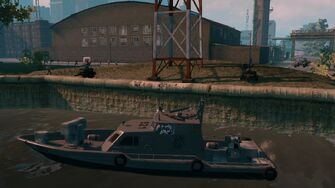 The Commander (SR3) aiming with both weapons

This article contains no references. See Help:Cite.
Retrieved from "https://saintsrow.fandom.com/wiki/Minigun/Rockets?oldid=416473"
Community content is available under CC-BY-SA unless otherwise noted.