The Mini-Gun sacrifices accuracy for sheer fire power, and is the cornerstone in Ultor's urban renewal plan.[1] When firing this weapon there is a delay before firing while the barrel starts spinning.

It is a featured weapon in Fuzz, and is located upstairs in Zombie Uprising. Maero uses a Mini-Gun in the mission "The Siege" and it is unlocked in the Weapons Cache upon completion. It is never available from Friendly Fire, although ammunition is available there.

In Saints Row: The Third, the Mini-Gun has a much smaller barrel firing delay along with a quicker reload speed. The only downsides are that is only obtainable by killing a Brute and it is a Temporary Weapon which cannot be stored in the inventory or Weapons Cache.

First rule of TV.... Every third act needs a mini-gun! 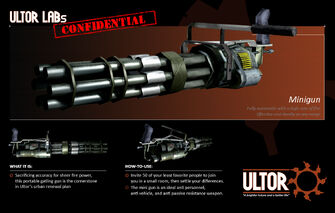 Maero with a Mini-Gun 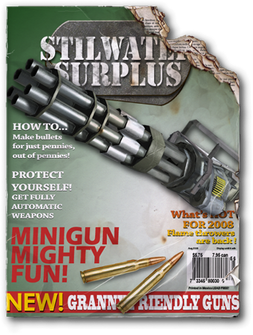 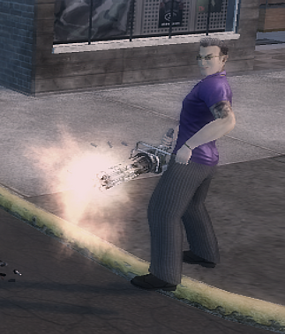 Mini-Gun in Saints Row: The Third 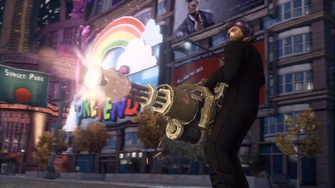 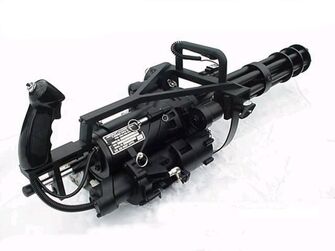 This article contains no references. See Help:Cite.
Retrieved from "https://saintsrow.fandom.com/wiki/Mini-Gun?oldid=416403"
Community content is available under CC-BY-SA unless otherwise noted.