The Mech Suit is a Temporary Weapon in Saints Row IV.

The Mech Suit is first featured when Playa rescues Matt Miller.[1] Initially, it is not equipped with weaponry, and only melee attacks are possible, then Matt equips it with a minigun and rocket launcher.[1]

The Mech Suit is later on unlocked for use in The Simulation.[3]

Kinzie and Keith David refer to the Mech Suit "Power Armor", while Playa and Matt Miller call it a "Robot".[1][2] Humorous Disagreements about the nomenclature occur in dialogue, but both are technically incorrect, with "Mech" being the most accurate.

The Mech Suit is capable of melee attacks and hovering.

The Mech Suit is able to body slam, ground slam, and smash enemies with its powerful arms. With its arsenal of rocket launchers and handy miniguns, it is unstoppable in the face of all but the strongest foes.


— Matt's Back, after finding Matt

Playa: "Kinzie, I need that robot up and running."
Keith: "It's really more like power armor."
Playa: "Not now Keith."


— Equipping the Mech Suit during Welcome Back 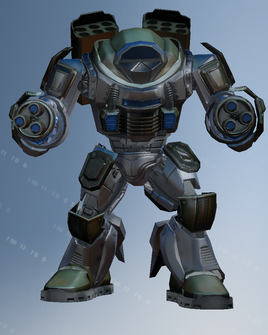 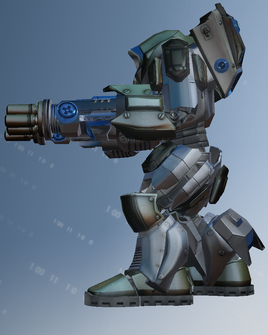 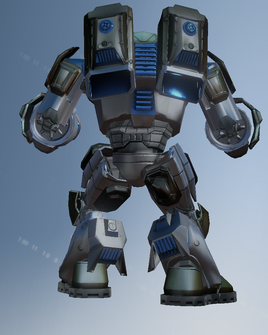 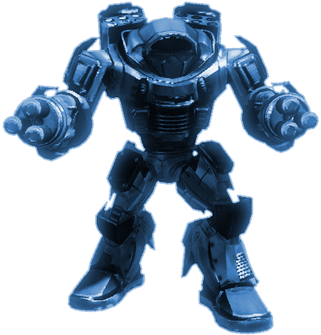 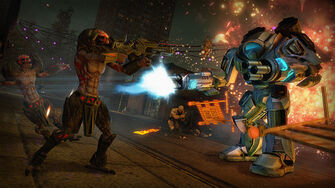 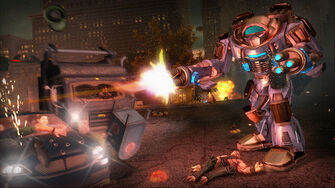 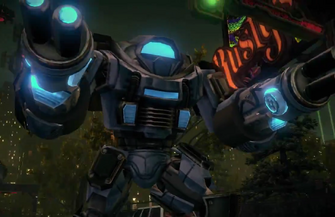 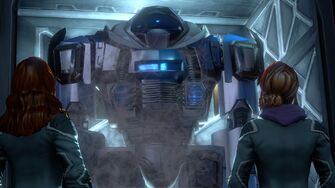 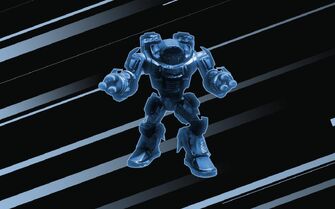 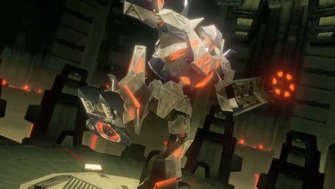 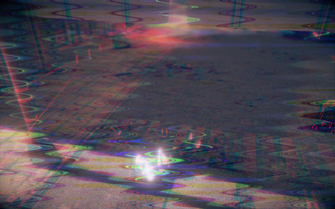 Playa is Smoked in the Mech Suit 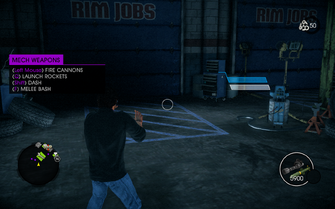 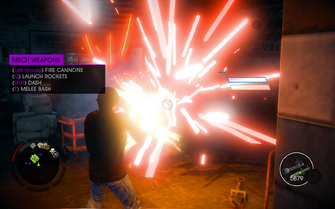 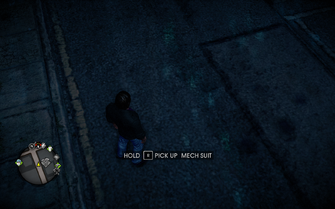 This article contains no references. See Help:Cite.
Retrieved from "https://saintsrow.fandom.com/wiki/Mech_Suit?oldid=425903"
Community content is available under CC-BY-SA unless otherwise noted.