The meat packing plant is an enterable building in Saints Row 2.

This building is located in The Mills neighborhood of the Factories District and is featured in the mission "Eternal Sunshine".

The Sons of Samedi control this meat packing plant and use it as a hideout, the top floor is the office of Mr. Sunshine[1], and contains voodoo paraphernalia.

The meat packing plant is operational, with carcasses being moved around on hooks, as well as smaller chunks of meat on conveyor belts, and a fridge full of hanging carcasses .[2]

There is only one entrance to the building, which is on the south side, near the Sons of Samedi logo.[3] The door can be opened at all times. 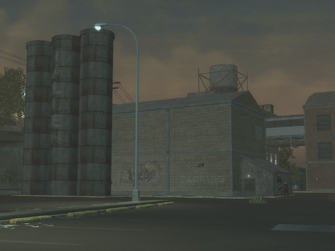 The entrance, viewed from the south 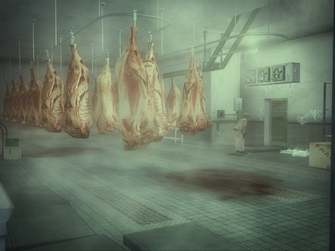 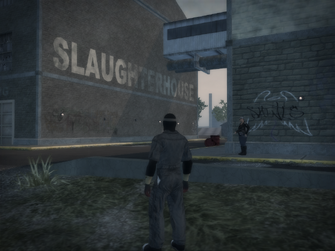 The enterable building is on the left, viewed from the north 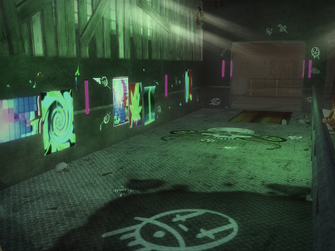 The entrance to Mr. Sunshine's office 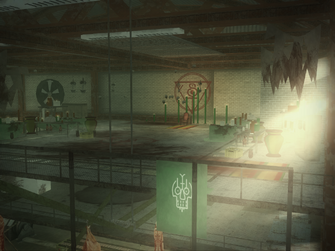 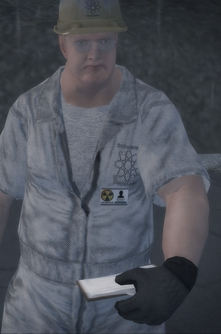 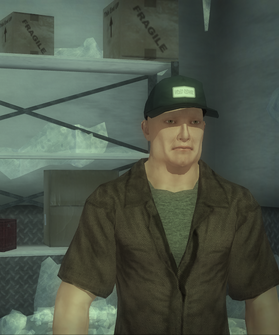 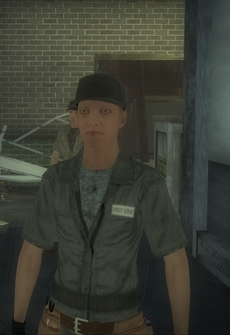 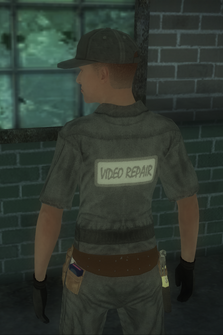 This article contains no references. See Help:Cite.
Retrieved from "https://saintsrow.fandom.com/wiki/Meat_packing_plant?oldid=311939"
Community content is available under CC-BY-SA unless otherwise noted.