For that long-range shot where accuracy is key.

The McManus 2015 is a sniper rifle that replaces the McManus 2010 from Saints Row 2. In its default state it has a relatively short barrel with a suppressor. When upgraded it has a much longer barrel with a muzzle brake making it powerful enough to send people flying backwards when shot with it. It can also be upgraded with a bipod that improves accuracy and reduces recoil, though it's not actually used. It is also utilized by the Morningstar Specialist, and very rarely used by STAG soldiers, such as in the mission "My Name is Cyrus Temple".

This weapon can be acquired in the "easy" level of Professor Genki's Super Ethical Reality Climax by killing the mascot in front of the exit door and grabbing the rifle. It can also be acquired from either Steelport Police or Morningstar snipers in Oppressors. 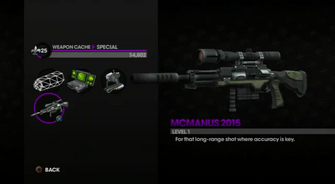 The McManus 2015 in the weapon selection screen 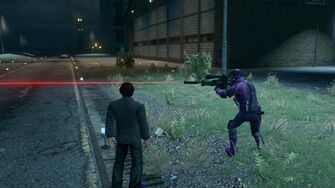 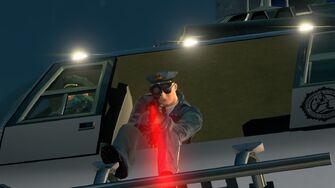 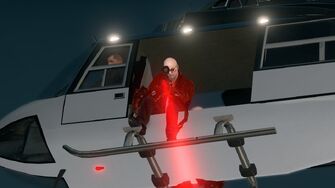 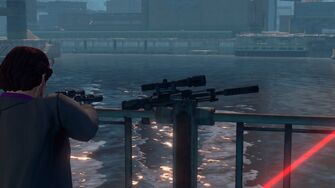 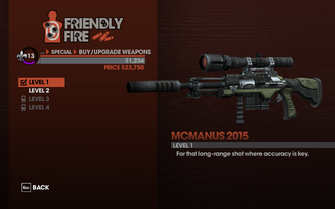 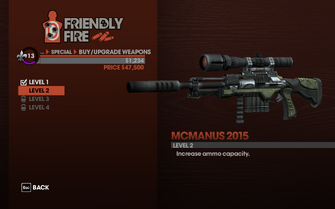 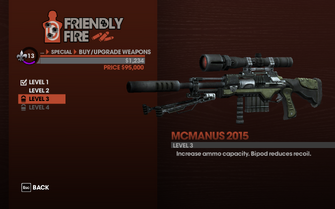 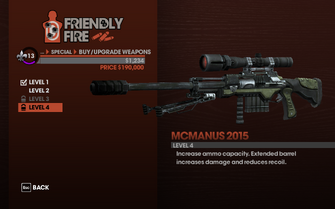 This article contains no references. See Help:Cite.
Retrieved from "https://saintsrow.fandom.com/wiki/McManus_2015?oldid=318222"
Community content is available under CC-BY-SA unless otherwise noted.