The McManus 2010 is a weapon in Saints Row 2 and Saints Row: Total Control.

The McManus 2010 is the replacement for the McManus in Saints Row, but no longer takes up the Rifle category, instead taking up the Special weapon slot. Much like its predecessor, it is semi-automatic, and boasts high power and accuracy, along with a variable zoom function which gives it the signature advantage of a sniper rifle.

It is extremely powerful, capable of destroying almost any vehicle in a matter of 2-3 hits, and is able to send any person flying backwards when shot. The rifle has poor hipfire accuracy, and a low ammunition capacity, but this is offset by a fairly quick reload speed. 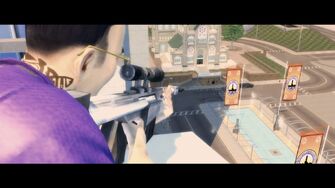 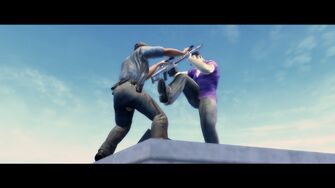 Johnny Gat kicking a Security Guard in the mission "... and a Better Life" 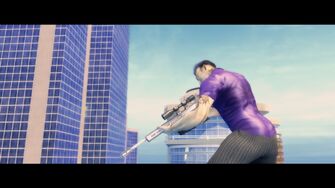 Johnny Gat helping The Protagonist with a McManus 2010 in the mission "... and a Better Life" 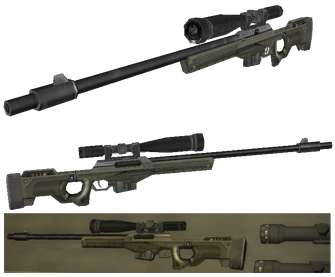 The McManus in Friendly Fire in Saints Row 2, and in a model viewer 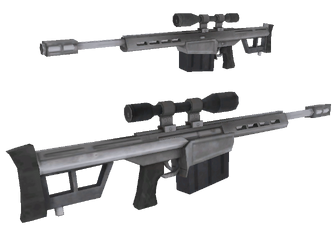 McManus 2010 in a model viewer

This article contains no references. See Help:Cite.
Retrieved from "https://saintsrow.fandom.com/wiki/McManus_2010?oldid=416404"
Community content is available under CC-BY-SA unless otherwise noted.