Mayor Marshall Winslow is a character in Saints Row.

Why are you doin' this? I'm from Saint's Row myself...

Winslow is the Mayor of Stilwater in Saints Row, until his death.[2]

Hailing from the Saint's Row District of Stilwater,[2] he became the city's mayor, and is up for re-election. Winslow's current rival, mayoral candidate Alderman Richard Hughes, started an aggressive radio campaign against the former, causing him to lose popularity and spreading rumors that he was soft on crime. Despite this, Hughes believed that Winslow would have easily won the election if it were held immediately, which is why he asked Chief Monroe to blackmail the 3rd Street Saints into killing Winslow.[3]

During his campaign, Winslow's campaign bus is hijacked by the 3rd Street Saints, who are being blackmailed by Chief Monroe. Chief Monroe demands that the bus is parked on a train track in the Barrio District, where it is smashed by a northbound locomotive shortly thereafter, killing Marshall Winslow instantly.[2]

In his bus, Winslow is sitting in the seat 3 rows back on the left side. Killing him does not fail the mission. He is the only person on the bus other than the driver, and does not flee the bus during the mission. Upon entering the bus after exiting the mission, it is possible to take Winslow as a Hostage, however he reverts to a generic character and does not have the same voice. He flees the bus as a normal Civilian would when not in the mission.

Sometime between the events of Saints Row and Saints Row 2, a recreation center in the Suburbs Expansion District was named after Marshall Winslow, called the Marshall Winslow Recreation Center. The Ronin set up a casino beneath the building, but is soon taken over by the 3rd Street Saints after Playa destroys the casino and cleared out The Ronin gang members.[4]

Hello Stilwater. This is Marshall Winslow - your mayor. Like you, I'm deeply concerned about the problem of violent crime in our streets and I have dedicated this administration to solving the problem. Now, Alderman Hughes believes the best way to fight violence is with more violence, turning our police force into an urban army. But crime is nothing new; why, when I was growing up in Stilwater, we had more than our share of gunplay and robbery. The threat of prison didn't deter street-toughs back then, and it doesn't now. My initiative to revitalize poor or urban areas, however, holds a real promise. With local rehabilitation and education programs, our young people are getting the opportunity to live up to their full potential, and to resist turning to drugs, pimping, and vandalism to get by. Hughes says our children are a lost cause, but as your mayor, I refuse to give up hope. I hope you'll consider giving me your support in this upcoming election. Together, you and I can continue to build a better future for our young people and ourselves. (Paid for by The People to Re-Elect Mayor Winslow.)

Hello Stilwater. This is your mayor, Marshall Winslow. We've come a long way since you chose to make me your mayor, and in the past two years we've made great strides towards building a city we can all be proud of. Just look at the old Red Light District: thanks to our free health screening and birth control programs, our hospitals are reporting a 40% drop in venereal diseases over the last three months. Likewise, I moved to provide affordable public transportation to less fortunate districts: not only are our trains and buses going where they're needed most, they're finally running on time. Stilwater doesn't need a quick fix, it needs a chance to heal, and healing takes time. My administration is working to make Stilwater safer and more prosperous for everybody. Let's do the right thing and stay the course. I hope you're considering giving me your support in this upcoming election. Together, you and I can continue to create a better city for our neighbors and ourselves. (Paid for by The People to Re-Elect Mayor Winslow.)

Hello Stilwater. This is your mayor, Marshall Winslow. As you might have heard, the statue of Alderman Hughes, known as The Pride of Stilwater, was recently vandalized in a very ambitious way. Now, I understand that this wasn't the most popular sculpture on display in our fair city, and that it's had its share of critics... people will always have strong feelings about public artwork and that's just the way it is... regardless, we're a great city and we deserve to have equally great works of art everyone can enjoy. I ensure you that The Pride of Stilwater will be replaced - I've already asked the park's commissioner to begin speaking to noted artists, and will make sure the next sculpture to grace our community will be more representative of you, the people who call this city home.

Who the hell are you?

Son, it's not to late to walk away from this... 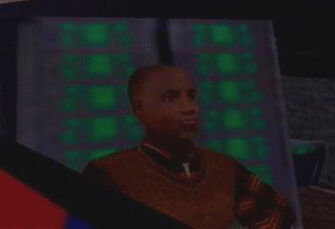 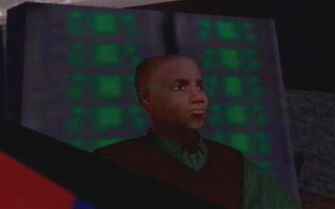 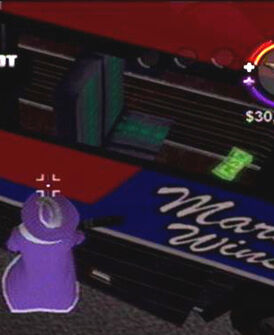 Dropped Cash after Winslow is killed 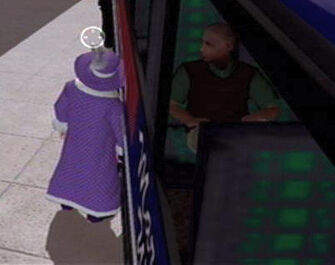 Winslow watches Playa walking outside of the bus

Retrieved from "https://saintsrow.fandom.com/wiki/Marshall_Winslow?oldid=423304"
Community content is available under CC-BY-SA unless otherwise noted.