Mark Gabby is a character in Saints Row 2.

Gabby is one of the Sons of Samedi's most successful dealers and makes a lot of money for his gang, which is the reason he is targeted by Shaundi.[1] He regularly sells to Stilwater University students, and drives a Sons of Samedi branded Wellington.[2] 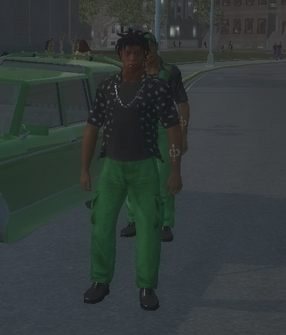 Mark Gabby's different appearance during "Got Dust, Will Travel" 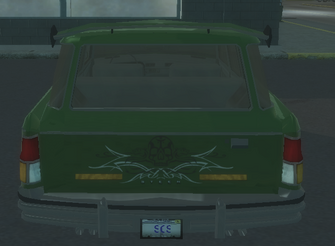 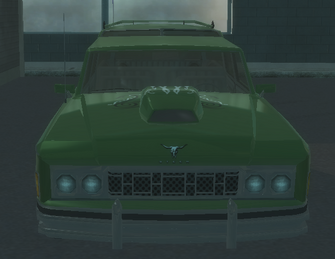 This article contains no references. See Help:Cite.
Retrieved from "https://saintsrow.fandom.com/wiki/Mark_Gabby?oldid=341987"
Community content is available under CC-BY-SA unless otherwise noted.