Marauders approach by rolling towards the target in ball form, completely invulnerable in this state. Once deployed, they attack the player by charging and firing a laser attack which inflicts serious damage when the shot connects. They will even try and get a bead on their target due to the charging time of their attack but once their firing sequence initiates - their aim stays there, allowing a shrewd opponent to exploit this.

They are also well armored in the front, including their turret, able to shrug off most enemy fire, making head-on attacks nigh successful.

Marauders also cannot be picked up by Telekinesis and are immune to the gravitational pull of the Black Hole Launcher's attacks as they anchor themselves down to the ground.

They appear after "Welcome Back" during level 3 Notoriety.

The Marauder's ball form may protect it from hostile fire but they can be picked up and hurled by Telekinesis, allowing players to throw the Marauder away from close range and, preferably, into the sea. Although they will try to curve around and come back.

With armor focused solely on the front, the back of the Marauder isn't so well armored. The exposed machinery at the back of the turret is vulnerable and can be shot at to damage and destroy it. 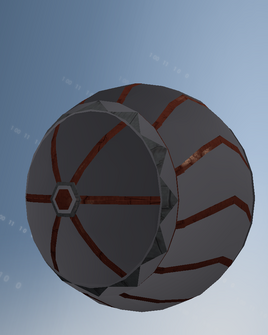 A Marauder in ball form 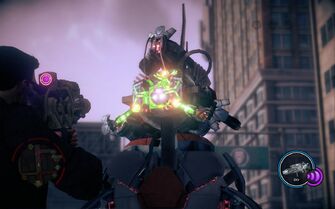 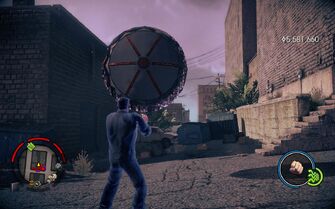 This article contains no references. See Help:Cite.
Retrieved from "https://saintsrow.fandom.com/wiki/Marauders?oldid=418027"
Community content is available under CC-BY-SA unless otherwise noted.