"Live! With Killbane" is a mission in Saints Row: The Third.

— Shaundi and Playa, after Killbane escapes due to their helicopter losing control.

Before taking out the Deckers, Kinzie Kensington phones Playa and Shaundi and has them meet her at Smiling Jack's diner. She shows the two a live news interview between Jane Valderamma and Killbane, where the latter is disparaging the Saints and has framed them for the destruction of Hughes Memorial Bridge (which Killbane himself destroyed in an ambush[1]) by giving them a fake, yet believable footage of Pierce, Shaundi and Playa, dancing near the destroyed bridge, despite a shadow being cast on the backdrop. Playa and Shaundi decide they quickly need to stop Killbane.

With Kinzie's help, the two manage to triangulate the location of the broadcast to an abandoned office building in Espina, New Colvin. They arrive too late and learn that Killbane has already fled. Following in a helicopter, Shaundi attempts to kill him with an McManus 2015, but before she can fire the helicopter goes haywire and crashes into the street, allowing Killbane to escape. An angry Shaundi asks Playa what happened; they are also confused, but receive a provocative text message from Matt Miller stating, "Cheers ;)".

The Oppressor helicopter is located just around the corner, at the docks behind Kinzie's Warehouse.

After getting inside with Shaundi, fly on over to the first radio tower.

Plant the transmitter after killing all the Deckers nearby; they shouldn't present much of a problem, but the generators dotted around can explode after taking a little gunfire, and these can cause significant damage.

Get in helicopter
Go to radio tower
Plant transmitter

The second radio tower also requires planting a transmitter; rather than going up the staircase to the left after exiting the helicopter (facing the building from the helipad), instead climb back into helicopter and fly it up to the rooftop.

Get in helicopter
Approach Broadcast Van

Now head to the Broadcast Van and descend close enough to start scanning it with the spotlight.

Follow the van around as it tries to escape until the meter fully fills up (target it with the reticle, not the physical laser spotlight).

Head to the abandoned office building in Espina to confront Killbane.

After reaching the building, kill all of the Deckers here. Two Deckers Specialists are present here (one first, then another): they use speed and their Shock Hammer to damage and "ragdoll" Playa and leave them briefly defenseless.

After clearing everyone out, speak to Jane Valderamma to learn where Killbane is.

Fly towards his nearby Infuego to trigger the final cutscene and complete the mission.

Jane Valderamma: "Angered over Eddie "Killbane" Pryor's exclusive interview, members of the 3rd Street Saints confronted several of his associates, gunning them down in an abandoned office building. Your very own Jane Valderamma cornered these now-infamous killers to ask them their thoughts on the accusations of the self-proclaimed philanthropist. While the conversation was punctuated with guns waving threateningly, the message was clear: the Saints want to end Killbane's life. The reasons behind this murderous intent did not come out, though the recent release of a video showing their involvement in the destruction of a memorial bridge in Stilwater may have sparked their ire. This is Jane Valderamma risking life and limb for you, Steelport."

Playa: "What's up?"
Kinzie: "You need to see this..."
Jane: "...Fortunately this exclusive footage has come to light, and with us live the man responsible..."
Jane: "...Eddie "Killbane" Pryor. Thanks for being here, Eddie."
Killbane: "My pleasure, Jane...and please, call me Killbane."
Jane: "Killbane, there are some who claim you're a criminal."
Killbane: "No, no, Jane, my dear, please. The Saints are criminals. Call me eccentric, but I'm just an entertainer slash businessman slash philanthropist slash--"
Jane: "We get it."
Playa: "Where are they?"
Kinzie: "No idea, they're broadcasting from an undisclosed location."
Shaundi: "Well, fucking disclose it."
Kinzie: "I might be able to triangulate where they're shooting if you go to the broadcast towers and -"
Playa: "We're on it."

Called in a favor to get a helicopter. Use it, I'll explain when you're airborne.

Great, they're running. We must've spooked them. 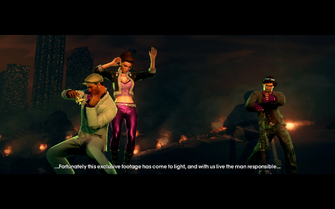 Pierce, Shaundi, and Playa have been framed for destroying the Hughes Memorial Bridge 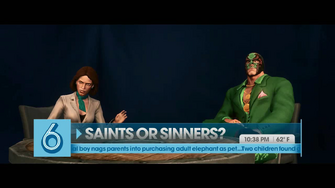 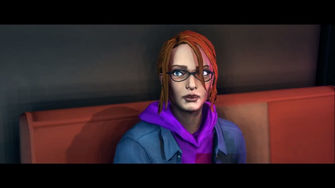 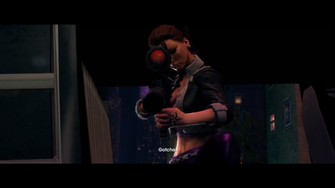 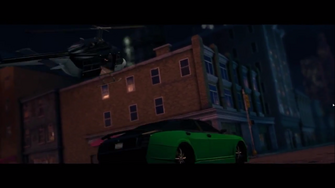 The Oppressor spins out of control, allowing Killbane to escape in his Infuego 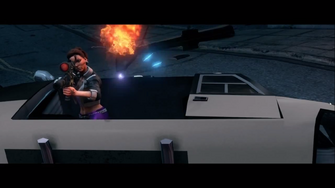 Shaundi in the wreckage of the helicopter, still wielding the McManus 2015 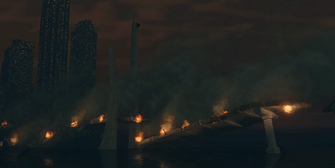 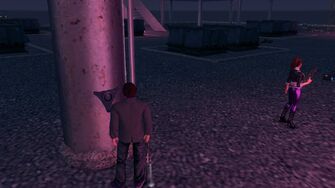 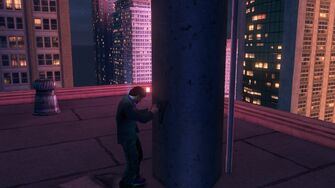 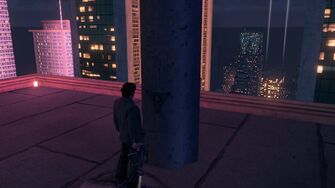 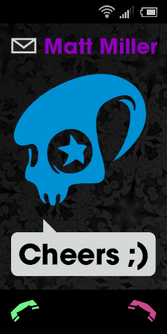 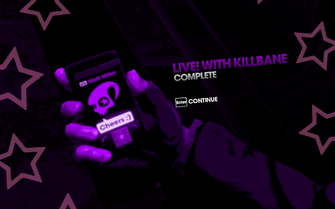 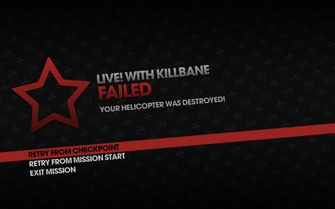 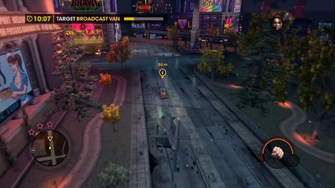 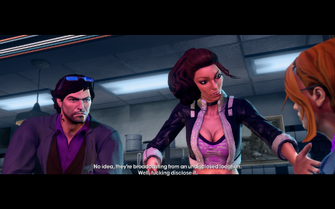 Live! With Killbane - Disclose it 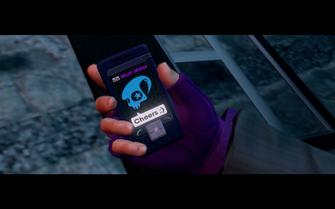 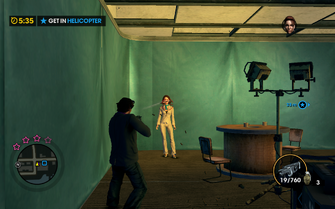 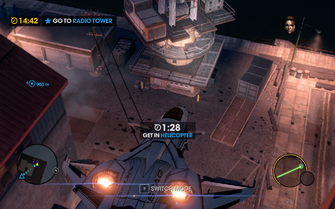 Live! With Killbane - helicopter must be used 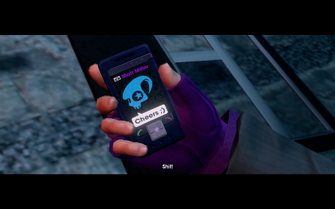 This article contains no references. See Help:Cite.
Retrieved from "https://saintsrow.fandom.com/wiki/Live!_With_Killbane?oldid=424404"
Community content is available under CC-BY-SA unless otherwise noted.