Lasergun Arm is a weapon in Saints Row IV.[1]

The "Minigun Arm" is the only costumes for the the Lasergun Arm, and there are no additional skins.[3]

There are 5 upgrades available for Charge Capacity, Damage and Recharge Rate, with a separate Cool Customer "ultimate upgrade".[3] 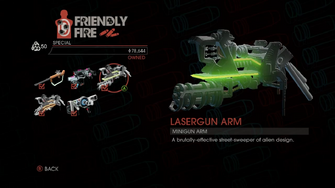 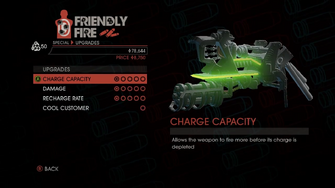 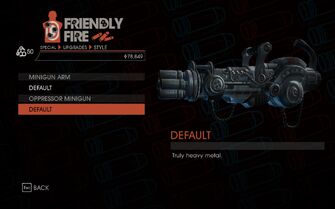 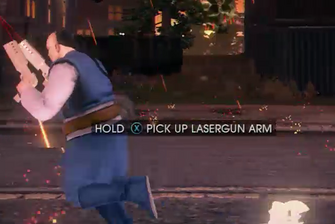 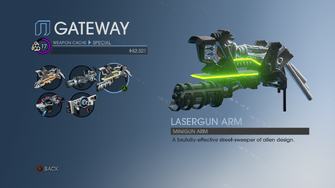 This article contains no references. See Help:Cite.
Retrieved from "https://saintsrow.fandom.com/wiki/Lasergun_Arm?oldid=416126"
Community content is available under CC-BY-SA unless otherwise noted.