The Knife is a weapon in Saints Row, Saints Row 2 and Saints Row: Total Control.

The Knife is one of the most common melee weapons in the game, it is cheap, but comparatively weak.

It is available for $50 in Friendly Fire in Saints Row and Brass Knuckles in Saints Row 2. Many gang members and Civilians in Stilwater carry a Knife, and attack with it when provoked. 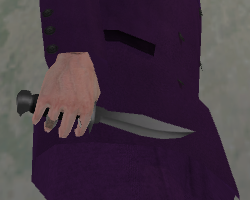 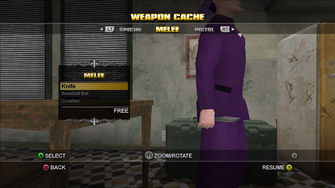 This article contains no references. See Help:Cite.
Retrieved from "https://saintsrow.fandom.com/wiki/Knife?oldid=406798"
Community content is available under CC-BY-SA unless otherwise noted.