"Kanto Connection" is the sixth mission of the The Ronin story arc in Saints Row 2.

While in a bar with Pierce, Playa receives an anonymous phone call from Shogo Akuji informing them that Jyunichi is at Kanto. Spotting a chance to avenge Aisha's death, Playa immediately hurries off for the teahouse.[1]

Playa finds Jyunichi there among other Ronin. After defeating Jyunichi and hacking through The Ronin with a Samurai Sword, Playa exits the teahouse, stopping only to casually eat a piece of sushi on the way out. Kazuo Akuji is distraught over Jyunichi's death and Shogo's presence fails to appease him. Shogo's betrayal has ultimately left The Ronin considerably weakened, and so he vows to finish what Jyunichi started and kill Johnny Gat, who is still in the Stilwater Memorial Hospital. Kazuo, dismisses him, forcing an upset Shogo to walk away.[2]

Bodies litter the popular dining spot, Kanto, after a birthday party was interrupted by members of the Third Street Saints. Kanto representatives are confident the restaurant will reopen for business within the week.

This short mission introduces a special version of combat with a Samurai Sword, which must be used to defeat Jyunichi.

Playa begins in Downtown, with a Kenshin parked nearby. There is no time limit to arrive at Kanto, providing unlimited time to use Dual Samurai Swords in a Mission replay

Upon first entering Kanto, there are on-screen instructions regarding the special sword fight. Use the relevant controls to counter incoming attacks from Jyunichi; it can be slightly difficult to learn Jyunichi's moves and time them so as to pull off a counter effectively just before he hits. Jyunichi can also be attacked on the floor after being countered which does more damage than a normal attack. Jyunichi can also be damaged with charged attacks, although Playa is still grappled after performing them.

The weaker Ronin that accompany Jyunichi can mostly be killed with basic attacks, although some of them may block. More weak enemies arrive as reinforcements at various points the mission, but they too are easily dispatched.

Once Jyunichi's health is emptied, he falls, and the mission ends.

Pierce: "All I'm sayin' is that we don't know how long Gat is gonna be laid out."
Playa: "And you're willing to make a noble sacrifice and take his place?"
Pierce: "Someone's gotta step up."
Playa: "Trust me, Gat'll be up and running in no time."
Pierce: "And if he's not?"
Playa: "Then we have bigger problems."
Playa answers the phone
Playa: "'Sup?"
Shogo Akuji: "How badly do you want the man who hurt Johnny Gat?"
Playa: "Who is this?"
Shogo Akuji: "Jyunichi will be at Kanto tonight...this is our chance for revenge."
Playa: "Our chance? Who the fuck are you..."
Playa walks away
Pierce: "Where are you going?"
Playa: "I'm takin' out the sonofabitch that killed Aisha."

Die with some honor. 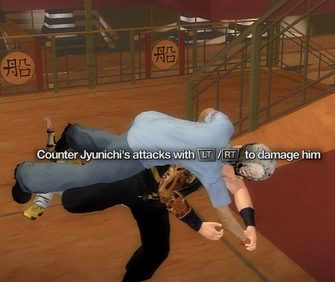 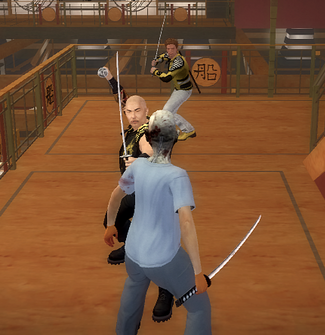 Jyunichi about to strike Playa 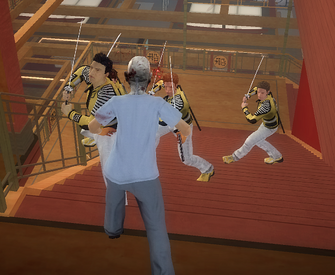 Ronin reinforcements coming up the stairs 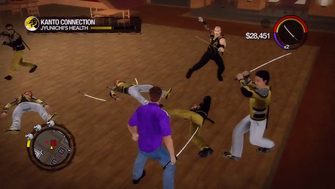 Playa taking a piece of sushi 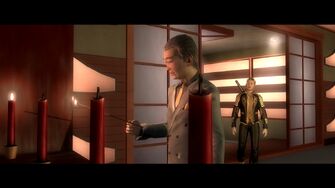 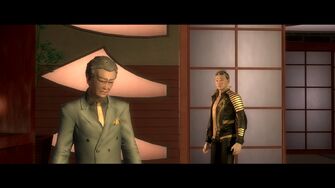 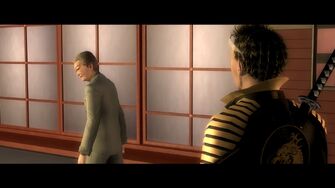 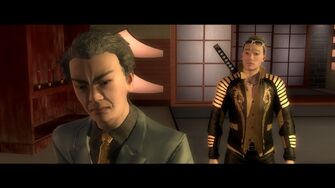 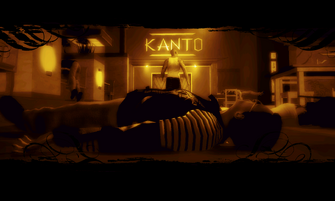 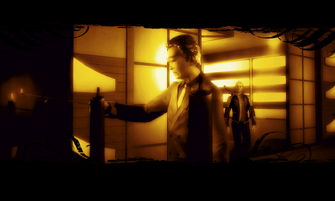 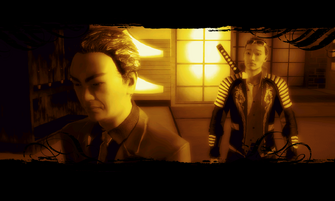 This article contains no references. See Help:Cite.
Retrieved from "https://saintsrow.fandom.com/wiki/Kanto_Connection?oldid=425177"
Community content is available under CC-BY-SA unless otherwise noted.