What you're usually dodging when the cops show up.

The KA-1 Kobra, a modified version of the NR4 from Saints Row 2, is the standard-issue sidearm of Steelport's police. It is also used by SWAT, SNG, and STAG units as a back-up weapon. The KA-1 Kobra is generally used by any organised police or military force, as well as security guards. It is more powerful, more accurate, and significantly more upgradeable than the standard sidearm of Stilwater's police force, the NR4. It has a built-in combat light by default.

The KA-1 Kobra, in comparison to the 45 Shepherd, is a smaller, lighter, and easier-to-use pistol. Though it is less powerful and somewhat less-accurate (at least at first) than its high-caliber counterpart, the KA-1 holds roughly twice as much ammunition, and fires substantially faster, even after the Shepherd has been upgraded. The difference is especially notable when dual-wielding, since with a steady trigger finger, the KA-1 can squeeze off considerable punishment in short order.

Upgrades expand the Kobra's capabilities considerably. The first upgrade adds a magazine expansion, but the second and third provide a notable increase in firepower and control, better aiming when blind-fired, and perhaps most notably, armor-piercing ammunition. Like the similar upgrade for the D4TH Blossom, this upgrade allows the Kobra's shots to puncture light vehicle armor to hit enemies through car doors, and the rounds can likewise punch right through a Riot Shield. When fully-upgraded, the Kobra is extremely accurate and has very little recoil, which renders it an often-overlooked powerhouse in trained hands.

This gun can be bought at Friendly Fire for $100 or taken from a cop by killing one or taking one as a Human Shield to disarm them. 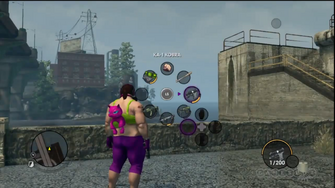 The KA-1 Kobra in Saints Row: The Third 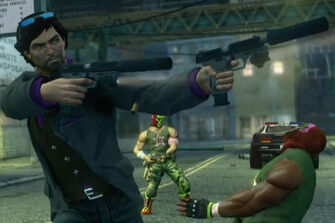 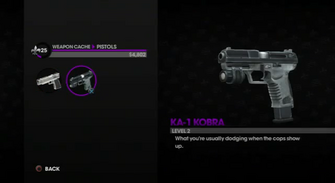 The KA-1 Kobra in the weapon selection screen 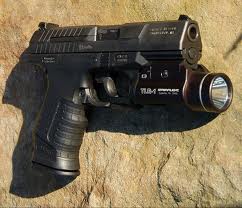 A Walther P99 in real life 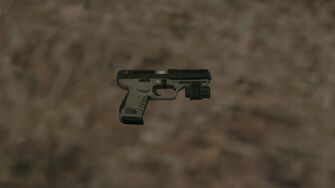 KA-1 Kobra on the ground 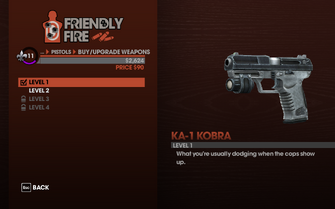 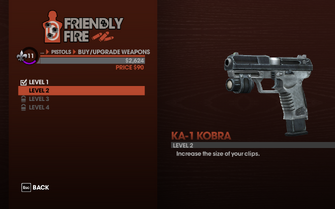 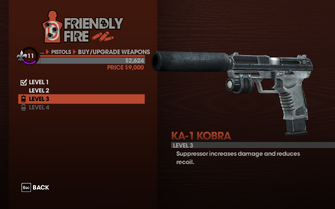 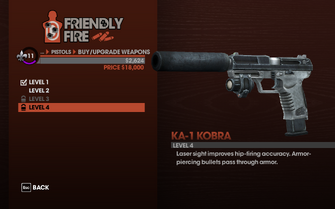 This article contains no references. See Help:Cite.
Retrieved from "https://saintsrow.fandom.com/wiki/KA-1_Kobra?oldid=421612"
Community content is available under CC-BY-SA unless otherwise noted.