Released on the 6th of August 2013 for the Xbox 360 and Microsoft Windows. The PlayStation 3 version was released on August 13. The Inauguration Station was released in order to customize and dress characters to upload for use in Saints Row IV. It acts the same as the Initiation Station, and players can download characters they created in Saints Row: The Third in order to be used for Saints Row IV.

It is not possible to save characters locally, or to load a character from a Saints Row: The Third saved game. 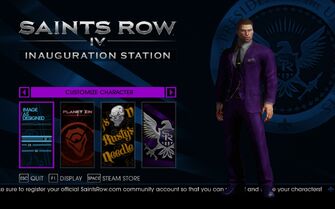 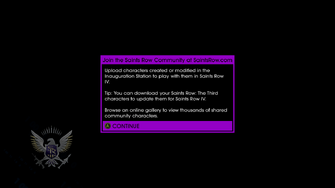 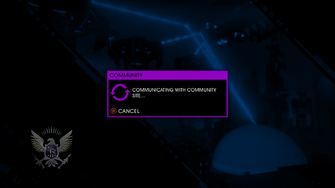 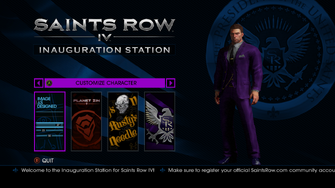 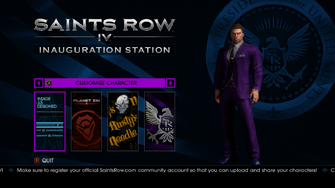 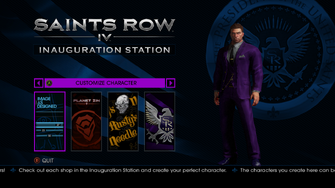 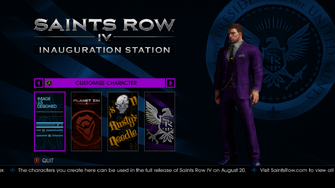 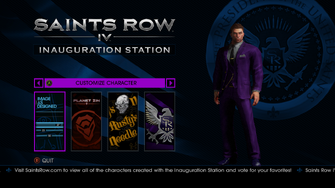 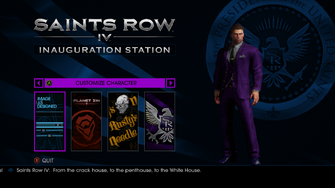 • How many characters can be uploaded at one time?
Retrieved from "https://saintsrow.fandom.com/wiki/Inauguration_Station?oldid=406136"
Community content is available under CC-BY-SA unless otherwise noted.