"Humbolt Park Science Museum" is a Stronghold in Saints Row 2.

Get to the server room

Entering the Stilwater Science Center and heading up all the stairs towards the marker in the north, killing all The Ronin who try to stop them.

Destroy the twelve servers in the room in the center of the larger room and kill any of The Ronin guarding them.

Head for the doors

Once all the servers have been destroyed, exit through one of the marked doors.

A Tornado attacks, and must be destroyed to complete the Stronghold.

The science center where the Stronghold takes place 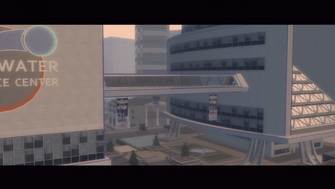 The science center where the Stronghold takes place 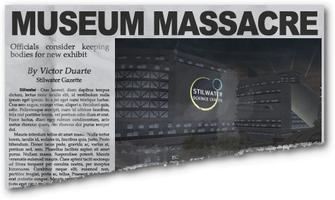 This article contains no references. See Help:Cite.
Retrieved from "https://saintsrow.fandom.com/wiki/Humbolt_Park_Science_Museum?oldid=425155"
Community content is available under CC-BY-SA unless otherwise noted.