"House Call" is the ninth and penultimate mission of Los Carnales story arc in Saints Row.

I really hate to sound like Johnny, but the best plan I got right now is just to go in there and take Angelo out.

— Dex to Playa, during their drive to the Lopez Mansion.

Dex meets Playa outside the church and decides it is time to take the fight to Angelo Lopez at the Lopez Mansion, using the address given to them by Manuel Orejuela at the end of the previous mission.[1]

After a fight through the mansion ends with Angelo escaping, Dex and Playa give chase in a vehicle of their own. A short chase across part of Stilwater, however, leads Angelo to escape again across an open bridge. Dex remarks that it is nothing to worry about, as Angelo is running out of places to run to.[2][3]

Following the latest failed attack on the church, you picked up Dex and went to pay Angelo a little visit, using the address given to the Saints by Manuel. After cornering him in a bloody fight, Angelo escaped through a window and took off in his car. You almost caught him after a hot pursuit, but he managed to lose you at the drawbridge. Dex isn't worried, though; Angelo hasn't got many places left to run.

Driving to the Lopez Mansion.

Fight through a considerable amount of Carnales gang members. Lopez flees from the balcony into one of the bedrooms. The door to the eastern bedroom is locked, but the balcony is accessible from the master bedroom.

The second part of the mission consists of a short vehicular chase across part of Stilwater. Infinite ammunition is granted for all weapons. Dex drives a Cavallaro after Angelo Lopez. Neither Lopez or his vehicle can be destroyed, so the objective is only to protect Dex's car.

The Ezpata neighborhood is awarded upon completion of the mission.

The final mission of Los Carnales story arc, "What Goes Up...", is unlocked after completing the five Carnales Strongholds: "Fox Drive Weapons Plant", "Stoughton Shipyard", "Black Bottom Refinery", "Cecil Park Drug Lab", and "Charlestown Warehouse". "Abandoned Storefront" is not included as it is completed in the prologue.

The mission can be failed by getting smoked or busted, killing/abandoning Dex,[4][5] or destroying Dex's car.[6]

Hey man, I checked out that address Manuel gave us. It's legit. Pick me up at the church; I want to be there when we take that bastard out.

Dex: "I know this isn't my style, but after that shit at the church, I wanna make sure Angelo gets what's comin' to him."
Dex: "Let's just make sure we get there in one piece. We're gonna have enough problems with Angelo's boys, we don't need any other suprises."
Dex: "Just between you and me man, I don't trust Manuel. If he's willing to sell out Angelo so quickly, what's to stop him from selling us out?"
Dex: "I really hate to sound like Johnny, but the best plan I got right now is just to go in there and take Angelo out."
Dex: "I'd be lying if I said I wasn't nervous about taking the fight to Angelo, but he's come knockin' on our door twice, and I think it's time to return the favor."
Dex: "Alright, the mansion's coming up. I got your back, just make sure I don't get killed, okay?"

— After running someone over

Here we go. Hey, I'd really appreciate it if you make sure I don't get dead.

— Dex, upon arriving at the mansion.

"...Lives to Fight Another Day" cutsceneEdit

— "...Lives to Fight Another Day" cutscene

"Taking It to the Edge" cutsceneEdit

— "Taking It to the Edge" cutscene 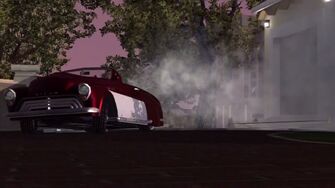 Angelo Lopez escapes the Lopez Mansion in his car 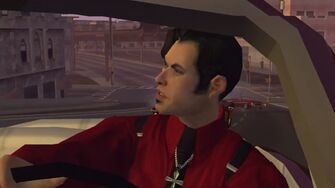 Angelo Lopez approaches the open bridge, with Playa and Dex chasing after him 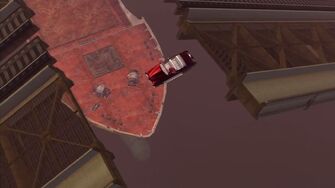 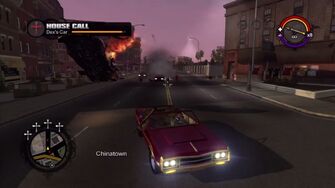 This article contains no references. See Help:Cite.
Retrieved from "https://saintsrow.fandom.com/wiki/House_Call?oldid=426442"
Community content is available under CC-BY-SA unless otherwise noted.