The Horizon is a helicopter in Saints Row 2.

The Horizon is a 4 seat civilian helicopter. It is only slightly smaller then the Tornado so is unwieldy to land. The controls are a lot less quirky then those of smaller helicopters like the Thompson.

The Horizon has no mounted weapons and no guns can be used while inside.

There are parked Horizons at Wardill Airport near the terminal. One also spawns on the Phillips Building helipad.

Standard
43% chance of spawning
Same options as Beater, except:

Same options as Standard, except:

Bling
10% chance of spawning
Same options as Standard, except:

Medical
This variant does not spawn randomly. It is used during "Visiting Hours", and is unlocked in the Helipad Garage upon completion. 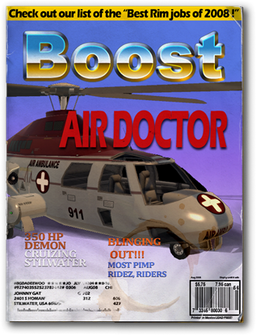 A Horizon with wheels 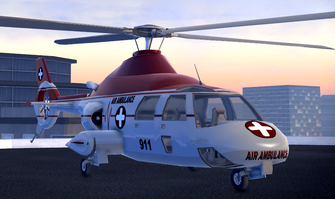 A Horizon with skids

This article contains no references. See Help:Cite.
Retrieved from "https://saintsrow.fandom.com/wiki/Horizon?oldid=425194"
Community content is available under CC-BY-SA unless otherwise noted.