Hijacking is an activity in Saints Row that was cut from Saints Row 2.

Hijack various vehicles and return them to the warehouse to earn cash and respect.

In the Hijacking Activity you must track down and hijack a target vehicle.
At the start of the Activity you are instructed to hijack a target vehicle, which is indicated on the mini map by a green square.
The HUD displays a damage meter and a timer. You must reach the target before the timer runs out. If you fail to reach the target before the timer reaches zero, you fail the Activity. If you get close enough to the target vehicle in time and inflict enough damage on it to make it stop, the timer is removed.
When you ram or shoot the target, its damage meter fills up. Once the meter is totally full, the target stops and you can hijack it. After you've gained control of the target vehicle, you still need to return it to the warehouse you started from. You are rewarded with Cash and Respect if you are able to hijack the target and safely return to the warehouse.
Each instance of Hijacking has eight levels of difficulty, if you complete all eight, you will be given an extra reward.

This goal of this activity is to chase down, damage, and hijack certain cars driving around Stilwater before time runs out.

Distinct from the Chop Shop car collection activity which requires any car of that type, in Hijacking the specific car required is marked on the map. The activity is timed, and often involves crossing the entire city in order to find the car. Once the driver gets out, the timer disappears.

Once stolen, the car must be delivered back to the hijacking garage.

The Hijacking activity has levels, rather than a list of cars, and must be completed in order, but as with other activities, the levels can be replayed after completing the activity.

There are a number of rare cars that can be obtained during the Hijacking activity, such as the La Fuerza, Interest, Quasar, Ricochet, Bulldog and the Titan. A vehicle is provided for each instance of the activity. Each can be kept by exiting the activity.

Phil: "I'm Phil."
Phil shakes Playa's hand, but after noticing how greasy it is, Playa wipes it on Phil's shirt.
Phil: "Jesus, if you're scared of gettin' a little dirty you're in the wrong line of work buddy. I hope you're not that big of a pussy when it comes to jacking shipments. Look, I only work with professionals, if you say you got skills, I'll set you up with a target. But if you're some punk who just likes to drive mommy's car fast, you can stay home."

— Phil, in the Grease Monkey cutscene.

Sam stands still, looking at the building as Playa approaches him.
Sam: "It ain't much now playa, but I promise you, this place is gonna make me rich."
Sam turns to Playa
Sam: "Ever since I was kid I wanted to handle a rig, but when I tried to get a job truckin' they told me they don't hire kids from the ghetto. Well fuck 'em, I'm gonna start my own company and the first thing I'm gonna do is put those bitches out of business. All I'd need you to do is make sure a couple shipments get jacked. Whatchu think? Wanna be my first employee?"

Ralph stands in his warehouse with his hands on his hips.
Ralph: "Let's cut to the chase. Names Ralph. My shipping company is fucked and I need help. I've got a list of shipments from our competitors...you go and rob those mother fuckers blind, ya hear me? You keep whatever money you make, I just want those bastards to be hurtin'. You in?"

— Ralph, in the Short and Sweet cutscene. 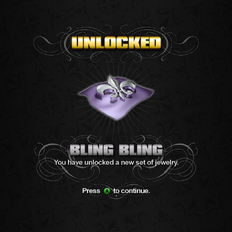 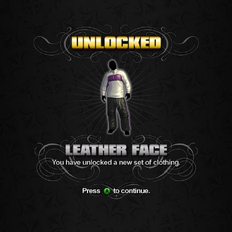 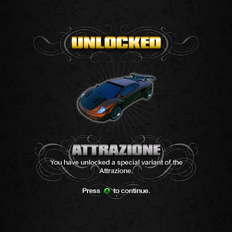 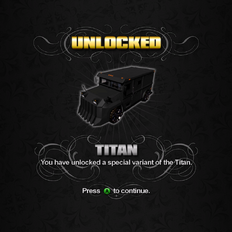 All lists - "Fast And Furious" Achievement

While Hijacking was cut from Saints Row 2, it can be found half-complete in the game data files. Details are vague, however. The only information we have on it is dialogue files found in the game, and the lines from the strings file.

Along with Hijacking, Piracy and Guardian Angel were also removed from the final game.

Jack Armstrong: "I'm Jack Armstrong in the newsroom with this special report: east bound and down, loaded up and truckin', but it seems no matter what route these truckers take through Stilwater, bandits are lying in wait to relieve them of their cargo. A rash of hijackings has left the trucking industry in a tailspin... things are far from five by five, good buddy. Safety precautions have proven to be ineffective against these thieves and Smokey... well, Smokey says be careful out there. If boarded, hand over your loads and do so quickly and quietly; only after the hijackers have left the vicinity should you report them to the authorities. In addition to increasing their ground patrols, Stilwater has bears in the air, and they've said that it's only a matter of time before they put the brakes on this reign of trucking terror. For updates, tune to us for the latest details and information. For Jane Valderamma, Flying Officer Mike McCabe, and all of us in the newsroom, I'm Jack Armstrong."

Jack Armstrong: "I'm Jack Armstrong in the newsroom with this special report: people will often say to me two simple words: "hi Jack". And I take it as a simple greeting, a pleasantry exchanged between friends, but take those two simple words and say them as one, and you'll find quickly they take on a whole new meaning on the mean streets of Stilwater. Increasingly the safety of the trucking industry has been stretched to its limits; hijacking is on the rise and the Stilwater police report that their hijacking task force for HTF has been retrained to take on this potent menace. Packages are stolen, vehicles are stripped for parts, and the market for bootlegged goods is a healthy one. What can one do? Little, it seems. Stilwater police advise tracking packages carefully and if you see a hijacking taking place, do not, repeat, do not attempt to retrieve your package during the melee. For updates, tune to us for the latest details and information. For Jane Valderamma, Flying Officer Mike McCabe, and all of us in the newsroom, I'm Jack Armstrong."

Jack Armstrong: "I'm Jack Armstrong in the newsroom with this special report: wondering why that package you were expecting is late or not arriving at all? Well we just might have the answer. Each and every day the highways of Stilwater are a bustling windmill of commerce and business. Lately, some of that business has been monkey business, as brazen thieves have been mercilessly commandeering 18 wheelers and other transport vehicles, stripping them of their precious cargo, only to re-sell it later on Stilwater's searching black market. For updates, tune to us for the latest details and information. For Jane Valderamma, Flying Officer Mike McCabe, and all of us in the newsroom, I'm Jack Armstrong."