Heavy SMG is a weapon in Saints Row IV.

The Heavy SMG is the slowest firing SMG and is slightly less effective at close range than the Rapid-Fire SMG and Alien SMG, but as a result is more effective at longer ranges due to it's slightly better accuracy and is easier to control. It's slower rate of fire helps with ammo consumption but still has a reasonable fire rate, so ammo can be wasted if not careful, which is especially true if dual wielded.

The Heavy SMG is the descended equivalent of the TEK Z-10 from Saints Row: The Third, as both weapons are the slower firing weapons in their class with the ability when upgraded to lay down accurate fire and inherit damage over time attacks that can panic enemies. Like the TEK Z-10, the Heavy SMG is intended for a much more balanced application of firepower in comparison to the Rapid-Fire SMG and Alien SMG.

Accuracy, Clip Size, Damage, Reload Speed can all be upgraded 5 levels each, with a separate Acidic Ammo "ultimate upgrade".[8] 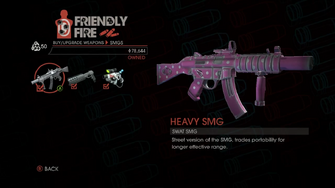 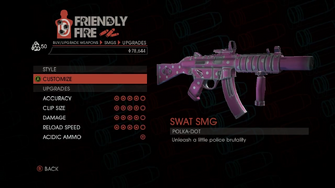 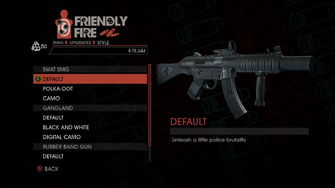 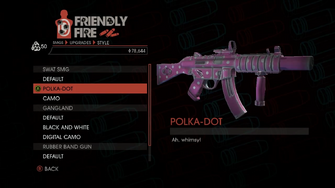 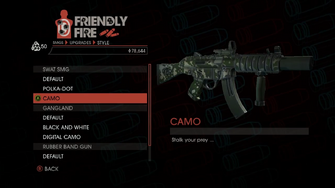 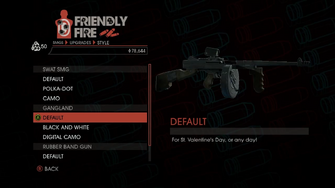 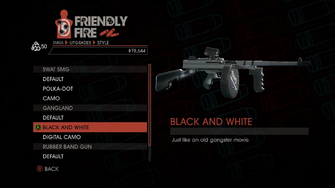 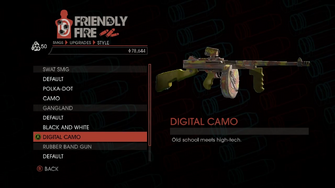 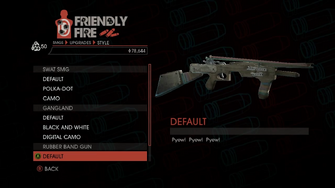 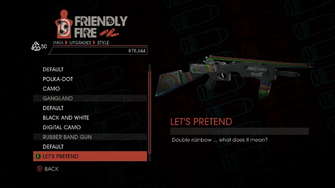 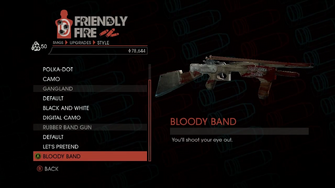 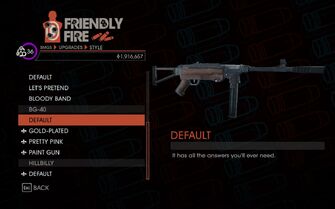 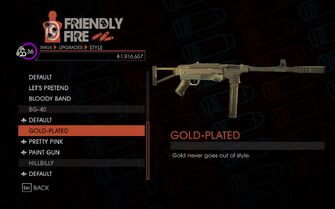 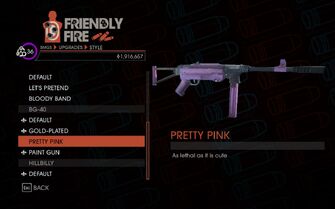 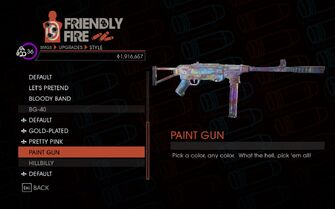 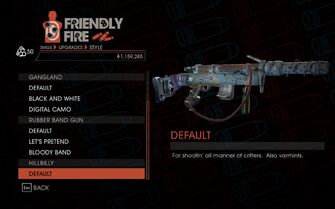 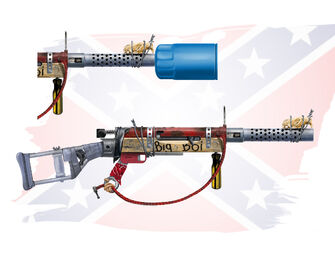 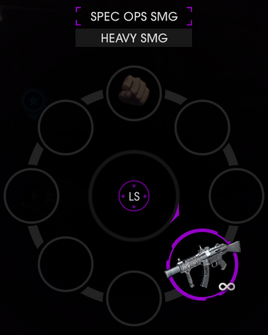 This article contains no references. See Help:Cite.
Retrieved from "https://saintsrow.fandom.com/wiki/Heavy_SMG?oldid=419756"
Community content is available under CC-BY-SA unless otherwise noted.