"Hack the Planet" is the eighth mission in Saints Row IV.

There's lot of ways to disrupt the simulation.

This is the first of three missions in the "Breaking the Law" quest.

After retrieving Playa from the Zin mothership,[1] Kinzie Kensington wants them to start messing up the simulation.

Although all stores were previously accessible, all stores become locked without explanation after completing The Real World. Kinzie is somehow already aware of this and instructs Playa that Store Hacking is a good place to begin, despite Playa not previously having been informed that stores were now locked.

Playa opts to hack Planet Zin, and becomes surrounded by ZPD officers after triggering the security alarm. As the Notoriety level increases, all the police transform into Zin, which Kinzie explain as stepping up their security. Later, Zin Portals start appearing, spawning more Zin soldiers. Playa deals with resistance and with a Golden CID, clearing all Notoriety.

Similar to "Bending the Rules" and "Hot and Cold", this mission acts as a tutorial, introducing Store Hacking.

Head to the Planet Zin in Yearwood.

Enter the Hacking marker and press Action button to enter Store Hacking screen. If this is the first time hacking a store, the Store Hacking tutorial is displayed.

After hacking a store and getting some spare Cache and XP, prepare to fight a few waves of ZPD officers. They do not present much of a threat, but make sure to collect health pickups from dead enemies or civilians.

During the third wave all policemen transform into Zin and get new weapons.

Soon Portals start appearing and must be destroyed. These are tougher than normal enemies – make sure to use either a Pump-Action Shotgun or a Semi-Auto Shotgun (if the "Simulated Instruction" Side Quest has been completed) to quickly destroy portals; killing nearby enemies is not required.

As all portals are destroyed, a Golden CID appears. These are larger than normal C.I.D.s and serve for removing all Notoriety when destroyed. Chase the C.I.D. and destroy it with Action button to complete this mission.

If Zinyak wants a fight, we're going to bring it to him. Taking down this simulation will wreak havoc on all the Zin systems and help us locate our friends. There's plenty you can do to overload, disrupt, and generally break the whole damn thing so let's start small. I know hacking stores seems trivial, but it's a good place for us to begin. All right, get moving.


— After arriving at the store

— After completing hacking the store

— After Alien Portals start to appear


— After the Golden CID appears

— After catching the Golden CID


— After destroying the Golden CID 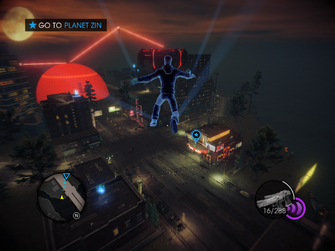 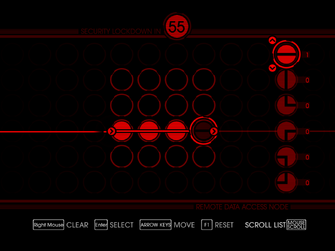 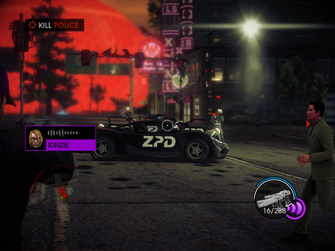 The ZPD attack as a result of Playa hacking Planet Zin 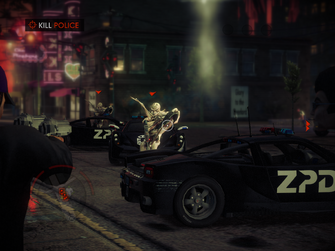 The Police turn into Zin as a way to improve security 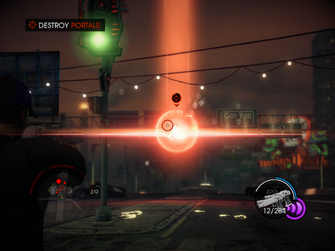 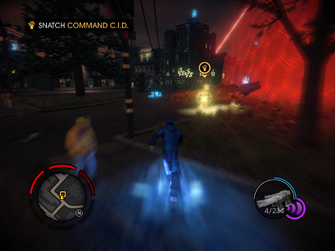 Playa chasing down the Command C.I.D. to remove all notoriety

This article contains no references. See Help:Cite.
Retrieved from "https://saintsrow.fandom.com/wiki/Hack_the_Planet?oldid=426368"
Community content is available under CC-BY-SA unless otherwise noted.