The Punch the Shark quest is split into four different missions.

The third mission of the quest takes part on Zinyak's ship as Playa boards with his final set of two homies. Playa fights through waves of Zin until they reach a locked door. One homies volunteers to hack into it so Playa must defend them with their other homie against oncoming Murderbots and Zin. Once they are done Playa orders them to get back to the ship while they go into the armoury and find power armour which gives them their powers back.

The end of this mission part involves Playa flying through a large vent. Playa must avoid lasers and debris, where a blast shield blocks the path for Playa and the Saints Spaceship from passing. The Protagonst has to destroy blast shield locks and continue navigating the vent to reach the throne room.

Ben King: "Any progress, Gat?"
Johnny Gat: "If by "progress" you mean "this thing is pissing me off", then yeah, lots."

Asha: "Miller, how close are we?"
Matt Miller: "Not quite a walk in the park, but I'm getting there."

Pierce: "How's it going back there, Shaundi?"
Shaundi: "Oh, you know, hacking alien technology while being shot at... How do you think it's going?"

Zinyak: "You can come for me, but you don't stand a chance."
Playa: "One shall stand, one shall fall."
Zinyak: "Why throw away your life so recklessly, Saint?"
Playa: "That's a question you should ask yourself, Zinyak." 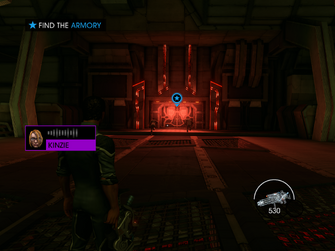 Playa and team 3 about to attack the Armory 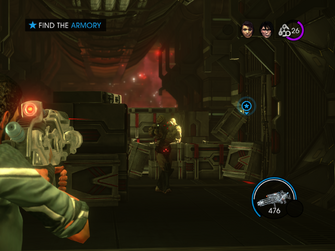 Playa fighting of Zin on the way to the Armory 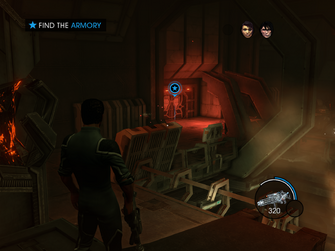 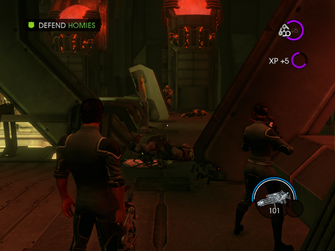 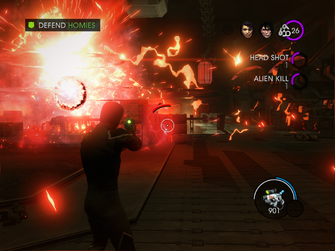 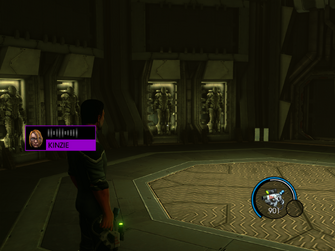 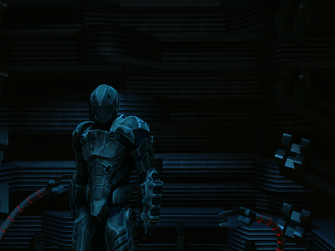 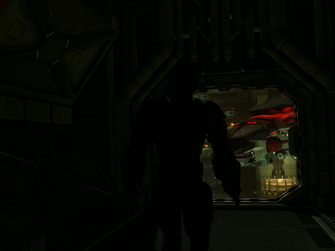 Playa about to dive out the airlock 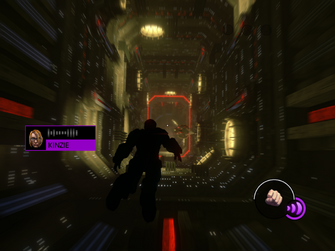 Playa diving down through Zinyak's Ship 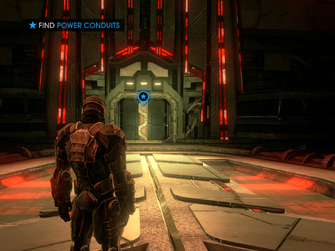 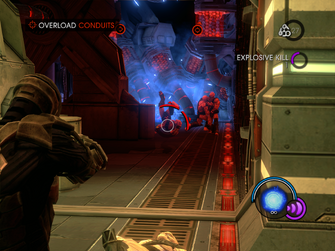 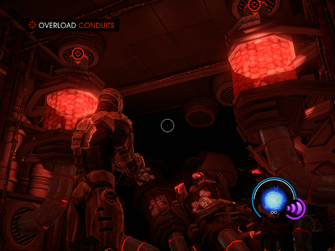 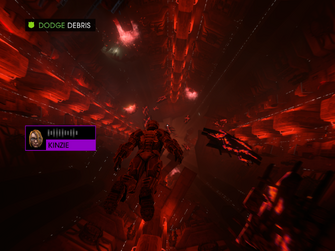 This article contains no references. See Help:Cite.
Retrieved from "https://saintsrow.fandom.com/wiki/Grand_Finale_Part_Three?oldid=421562"
Community content is available under CC-BY-SA unless otherwise noted.