"Got Dust, Will Travel" is the first mission of the Sons of Samedi story arc in Saints Row 2.

Shaundi informs Playa on Loa Dust, a new drug that the Sons of Samedi have been producing very cheaply and pushing around the Stilwater University campus. Playa heads there to kill some dealers and steal their Loa Dust in the hopes that the 3rd Street Saints can make it, sell it for cheaper, and steal the Sons of Samedi's market.[1]

Playa successfully manages to steal three samples of Loa Dust, as well as chasing down and killing Mark Gabby, a highly successful dealer who brought in a lot of money for the Sons of Samedi.

Inside a Sons of Samedi Hounfor, The General and Mr. Sunshine talk with Veteran Child about the lack of income that day. Veteran Child informs The General that he could not get in touch with a few of his dealers, but assures them both that it's no problem and that he has a hold of the situation.[2]

Campus officials are still trying to sort out exactly what took place today after a deadly shootout near the student union. It is presumed that members of the Sons of Samedi were on campus pushing their designer drug "Loa Dust" before being assaulted by the Third Street Saints. However, officials say no Loa Dust has been found, leading many to believe the Saints procured it for themselves before vanishing.

Drive to the University

First head to the University.

Head to the marked observatory and parking lot and kill the group of dealers at each location.

Get a sample of what they're selling

The last dealer drops some Loa Dust which must be picked up before going to the next location.

Head to the other location

The last dealer drops some Loa Dust which must be picked up before going to the next location.

After picking up two stashes, Shaundi calls on the Cellphone and advises Playa about Mark Gabby.

After the call ends, it may take a few seconds for the Map to find him and draw up a GPS route towards him. Either shoot his vehicle (a Wellington) until it explodes or pull up in front of the vehicle and kill the driver, forcing the other occupants of the vehicle out.

If the vehicle is destroyed, the Loa Dust often drops underneath the wreckage of the vehicle, so either use explosives or ram the vehicle out of the way to pick the final stash up.

If Gabby is not killed, he arrives to a location south of University Loft and get out of his vehicle along with other 2 Samedi members and can be killed on foot or run over.

Once Gabby is dead, simply drive to the marked location to finish the mission.

"Pipes Are For Suckers" cutsceneEdit

Shaundi: "Hey, I got you a present..."
Playa: "A light bulb, just what I always wanted..."
Shaundi: "Come on, you think I'd just give you a light bulb?"
Playa: "A face shredder, just what I always wanted..."
Shaundi: "Smoke this."
Playa: "Ever hear of a pipe?"
Shaundi: "Pipes cost money...money that can be used for drugs or shoes."
+Playa (Male 2): "What is it?"
-Playa: "It's good...what is it?"
Playa (Male 2): "What is it?"
Shaundi: "It's the Sons of Samedi's number one product, they call it Loa Dust."
Playa: "But you smoke it."
Shaundi: "They suck at marketing, what can I say? The point is that this shit is all over campus...I mean, frat's are buyin' it by the pound. If we get enough of the stuff we might find out how to make it ourselves."
Playa: "And then we sell it for cheaper and steal their market."
Shaundi: "Exactly."
Playa: "How much stuff we talkin'?"
Shaundi: "I dunno, 3 pounds? Two for science, one for the weekend?"
Playa: "I can live with that."


— "Pipes Are For Suckers" cutscene

— On the phone while on the way there


— On the phone, after killing the dealers


— On the phone, after killing Gabby 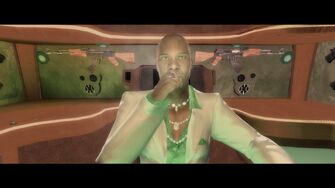 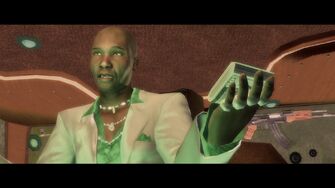 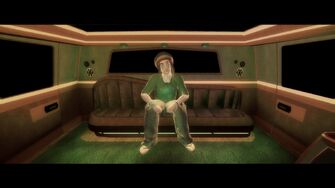 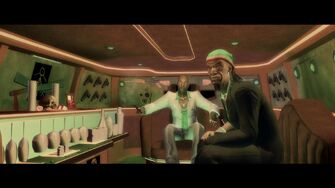 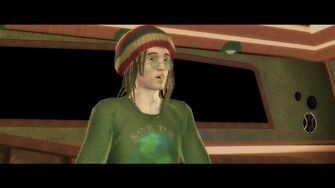 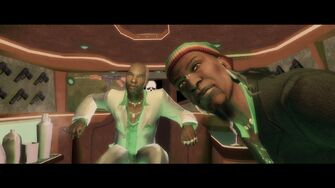 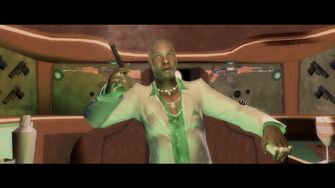 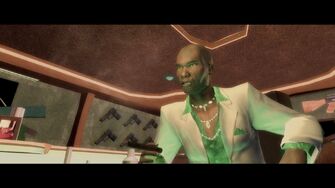 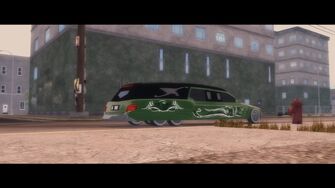 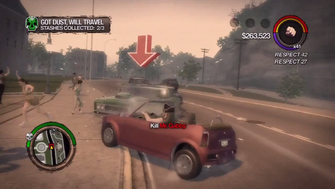 Got Dust, Will Travel - Stashes Collected 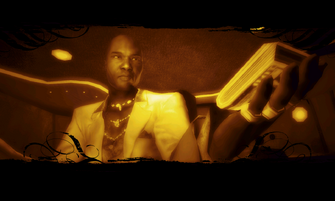 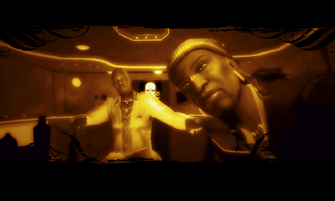 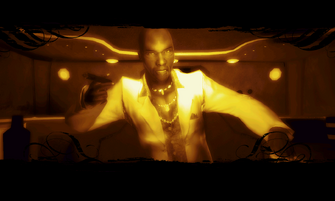 This article contains no references. See Help:Cite.
Retrieved from "https://saintsrow.fandom.com/wiki/Got_Dust,_Will_Travel?oldid=425151"
Community content is available under CC-BY-SA unless otherwise noted.