"Good D" is the tenth and penultimate mission of the The Ronin story arc in Saints Row 2.

While shooting cans and discussing Shogo Akuji's recent death with Johnny Gat back at the Saints Hideout, Pierce shows up and reintroduces Playa to an old friend: Mr. Wong. Unfortunately, the greetings are cut short when it transpires that The Ronin, led by Kazuo Akuji, have followed Pierce and Mr. Wong back to the Saints Hideout and have launched an attack.[1]

Together with Mr. Wong and his Translator, the 3rd Street Saints manage to fend off the attackers and stop all sabotage attempts, and almost manage to kill Kazuo in the process. As Kazuo flees, Mr. Wong tells Playa that this won't be the last they see of Kazuo.[2]

After being taken to task time and time again, it seems the Ronin are finally stroking[sic] back. Yesterday, the Ronin stormed what is believed to be the hideout of the Third Street Saints. However, with emergency teams to[sic] frightened to go near the area, the bodycount is hard to estimate.

Find out what the Ronin are doing underground

Although this is a straightforward mission, a streak of bad luck regarding enemies with RPG Launchers may make it more difficult.

Stop the Ronin from blowing up the ceiling supports

Protect two pillars from being destroyed by The Ronin for 80 seconds. Although The Ronin here are easily killed, some carry RPG Launchers, and depending on where these enemies spawn is where the difficulty of this mission lies. Recruiting nearby 3rd Street Saints as Homies is recommended - they can kill enemies and, at the very least, distract them from shooting at the pillars or Playa. Once the timer has fully counted down, the initial threat is over.

The pillars are safe. Look for other Ronin demolition teams.

Before heading to the next area, kill or dismiss any Homies who have picked up RPG Launchers, as they will certainly be more of a hindrance than help in the next segment. After heading through the long corridor, this next area should be familiar to those who have played Zombie Uprising, as it's the same arena.

Stop the Ronin from blowing up the ceiling supports

Protect four pillars from being destroyed for 80 seconds. Similarly, the same tactics apply here: kill all enemies and keep an eye out for anyone equipped with RPG Launchers in particular. Enemies spawn from the sides and atop the stairs. Multiple 3rd Street Saints also spawn here - feel free to recruit them as Homies once again, as they won't be holding RPG Launchers.

Once the timer has expired yet again, Kazuo Akuji himself appears. Ignore the other Ronin enemies that accompany him and concentrate on taking down Kazuo's health. Little strategy can be used here - use food if one's health is low and back up as Kazuo gives chase. Depending on what weapon is used, Kazuo should fall fairly quickly and effortlessly, at which point the mission ends with Kazuo narrowly escaping.

Johnny Gat: "I hope that fucker's still screamin'..."
Playa: "I'm pretty sure Shogo's dead by now..."
Johnny Gat: "A guy can dream right?"
Pierce: "Yo, guys!"
Pierce: "Jesus!"
Playa: "What is it Pierce?"
Pierce: "I bumped into an old buddy of yours who was lookin' for ya..."
Playa: "Who is it?"
Pierce: "You can see for yourself in a few minutes."
Johnny Gat: "You brought him here?"
Pierce: "I thought you'd wanna see him..."
Playa: "How do you know this asshole isn't trying to kill me?"
Translator: "Please, I would never kill my favorite assassin."
Playa: "Mr. Wong! This guy used to have me runnin' around killin' guys in hotdog suits..."
Mr. Wong: "*speaks Mandarin*"
Translator: "I'm quite pleased to hear about your survival...I'm here to give you my thanks for killing Kazuo Akuji's son."
Playa: "You know Akuji?"
Mr. Wong: "*speaks Mandarin*"
Translator: "Akuji and I have a long history. I have also had several unpleasant dealings with his son."
Pierce: "What did Shogo do?"
Translator: "When he was younger he killed Mr. Wong's dog."
Johnny Gat: "You're fuckin' kiddin' me."
Mr. Wong: "I do not joke about Sadie."
Playa: "If you guys got some time, we can-"
There is the sound of approaching motorcycles
Pierce: "Is that..."
Johnny Gat: "Were you followed?"
Pierce: "Shit, I don't know!"
Johnny Gat: "He was fucking followed."
3rd Street Saints gang member: "You aren't gonna believe this-"
Playa: "A bunch of Ronin goons are comin' this way?"
3rd Street Saints gang member: "Well...yeah..."
Playa: "You ready for this Wong?"
Mr. Wong: "*speaks Mandarin*"
The Translator and Mr. Wong pull out their guns.
Translator: "I have not killed a man in quite some time."
A Ronin member runs a Saints member over as the member crashes through a balcony support.

The Ronin are attacking the other side!

The Ronin are attacking the other side!

They're coming in the courtyard!

They're coming in the courtyard! 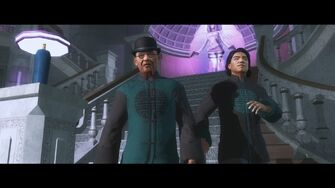 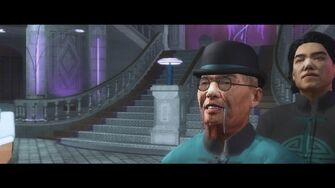 Mr. Wong and his translator 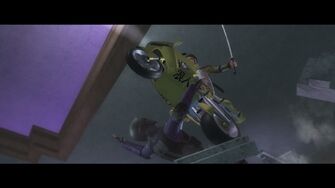 Playa and a Ronin 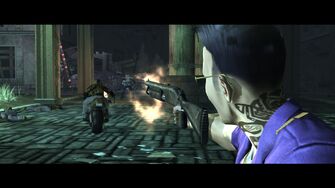 A Ronin and Johnny Gat 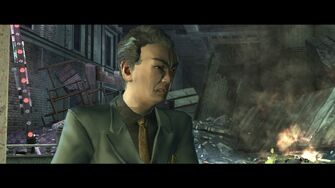 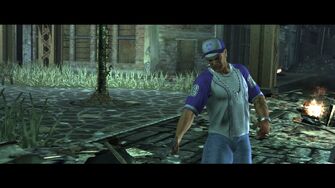 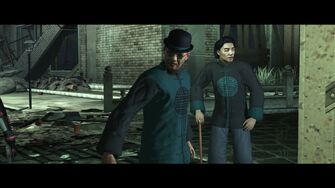 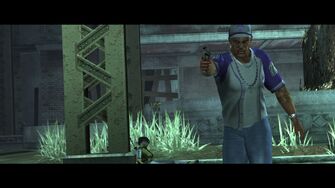 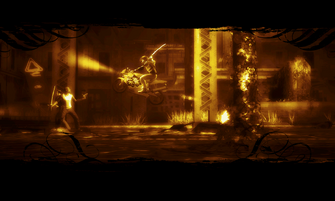 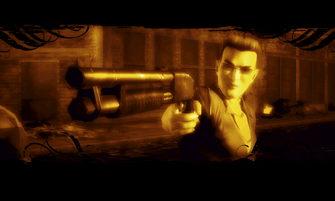 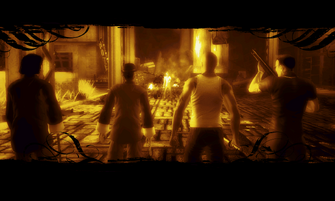 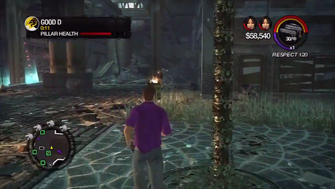 This article contains no references. See Help:Cite.
Retrieved from "https://saintsrow.fandom.com/wiki/Good_D?oldid=425169"
Community content is available under CC-BY-SA unless otherwise noted.