Poker and Blackjack are playable Minigames in Saints Row 2.

They are based on the real-life card games Poker and Blackjack and appear within the game as a single player electronic machine. As it is a single-player electronic game, there is no element of bluffing, or increasing bets against other players.

Gambling $500,000 on Poker and Blackjack unlocks the "I'm not addicted!" Achievement.

After choosing the amount of the bet, 5 cards are dealt. The best cards are automatically selected to keep, but these can be deselected in order to choose different cards to keep. After discarding unwanted cards, replacement cards are dealt, the winning combination is displayed, as well as the amount won.

The point of the game to reach 21 without going over the limit, or "Busting", before the opponent does. Pressing "Draw" draws another card. There is a "Double Down" option which doubles the winning, and a "Split" option available when two of the same card is dealt. Obtaining a "Blackjack" is an automatic win. 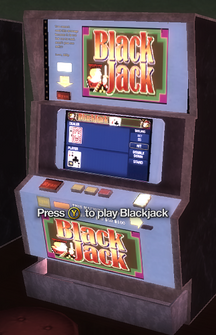 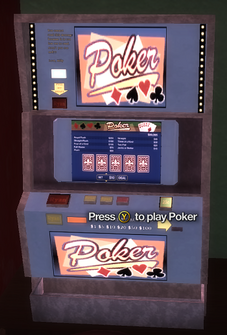 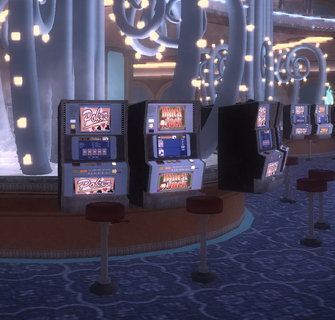 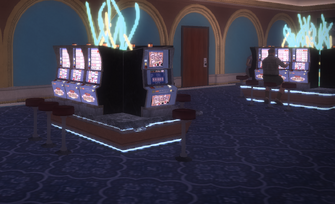 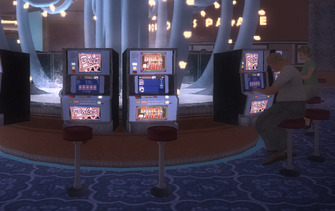 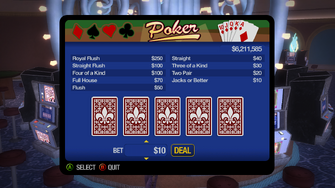 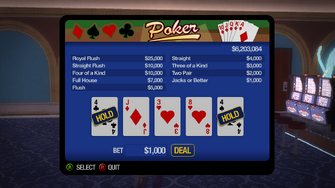 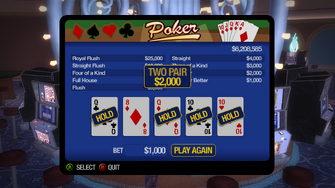 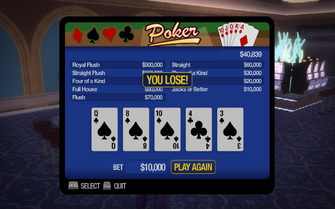 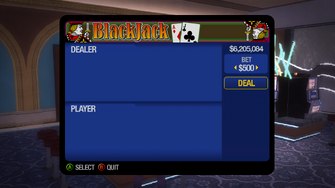 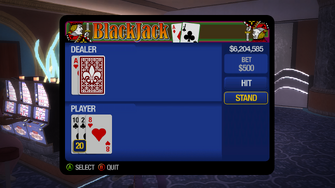 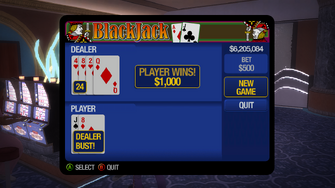 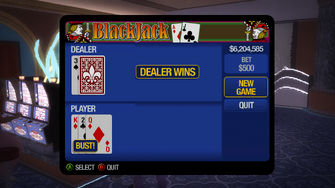 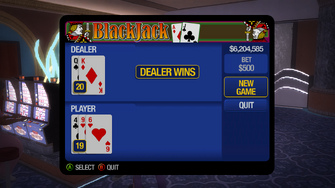 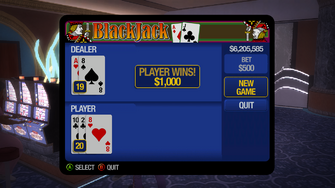 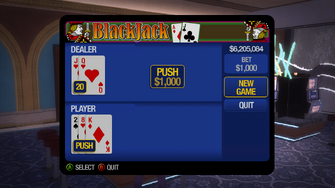 This article contains no references. See Help:Cite.
Retrieved from "https://saintsrow.fandom.com/wiki/Gambling?oldid=423984"
Community content is available under CC-BY-SA unless otherwise noted.