The GL G20 is a Temporary Weapon in Saints Row: The Third.

The GL G20 is an automatic grenade launcher that is used primarily by the Luchadores. As it is a temporary weapon, it cannot be stored in the weapons cache. The GL G20 can shoot grenades in a rapid fashion; while individually the grenades are fairly weak, the weapon's strength lies in creating carpets of these small explosions. A group of shots placed close can deal huge amounts of damage. On the other hand, the grenades have their own set of drawbacks as well: they don't explode on impact, they cannot be manually detonated, and they take a few seconds to explode which ultimately reduces their accuracy against moving targets.

The player can acquire the GL G20 from any Luchadore Specialist. It comes with a magazine size of 18 grenades, and can hold a maximum of 144 grenades. 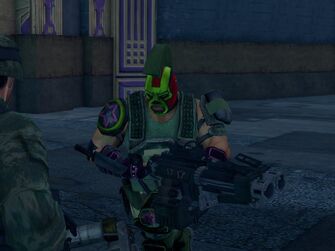 A Luchadore Specialist with the GL G20 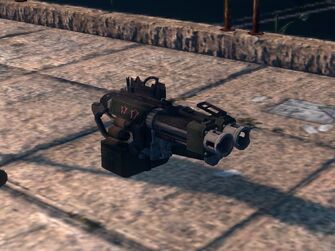 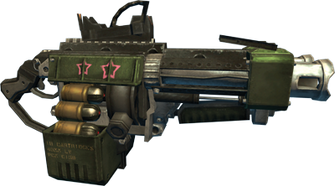 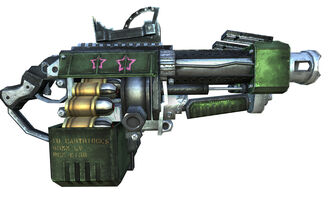 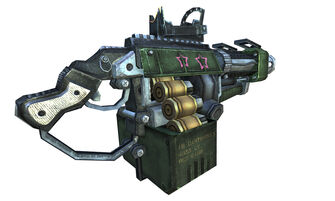 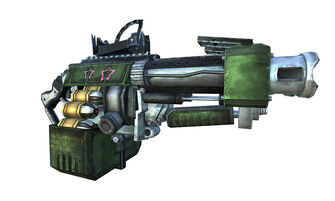 This article contains no references. See Help:Cite.
Retrieved from "https://saintsrow.fandom.com/wiki/GL_G20?oldid=326186"
Community content is available under CC-BY-SA unless otherwise noted.