The GDHC .50 is a weapon in Saints Row, Saints Row 2 and Saints Row: Total Control.

The GDHC .50 takes three shots to kill, one more than the somewhat cheaper .44 Shepherd, and is slightly less accurate; however, it has an eight-round magazine, and can be fired repeatedly.

It costs $3,000 from Friendly Fire, but can be obtained for free in Saints Row by Safecracking the safe inside the Poseidon Alley Friendly Fire. It can alternatively be obtained by killing a gang member or an FBI agent that has one.

In Saints Row, there is an unlockable Gold Plated GDHC .50, which holds more ammunition in a magazine, kills in one shot, and can be fired faster. 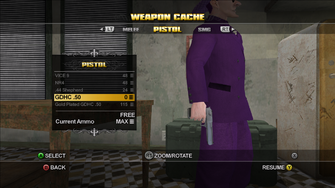 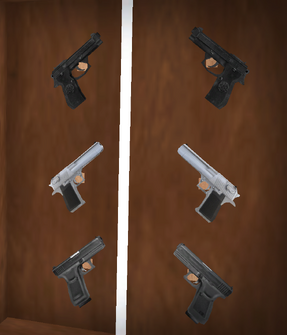 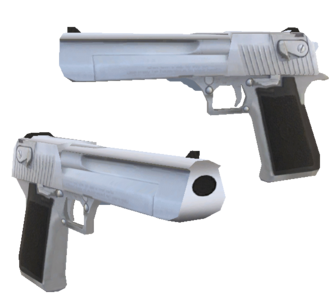 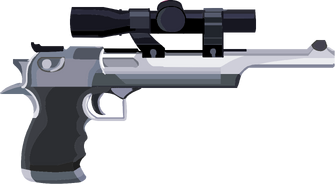 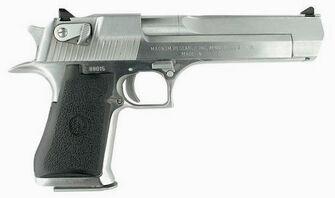 Desert Eagle Mark VII, the pistol the GDHC .50 is based upon 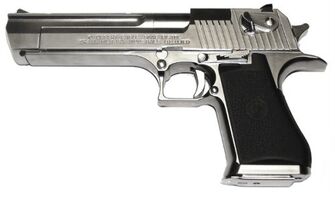 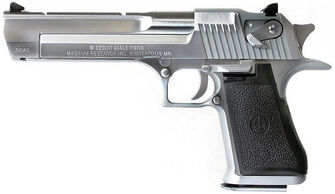 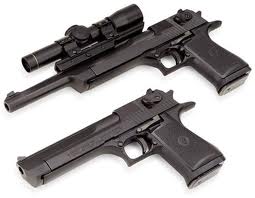 The real Desert Eagle with the GDHC .50 from Saints Row: Total Control

This article contains no references. See Help:Cite.
Retrieved from "https://saintsrow.fandom.com/wiki/GDHC_.50?oldid=424446"
Community content is available under CC-BY-SA unless otherwise noted.