GATV Pack is a DLC pack in Saints Row IV.

It's the moment every gamer has been waiting for: GAT V is here! Dress up as star-crossed lovers Gat and Aisha and strap on a heavy machine gun and a combat knife launcher for the ultimate Saints Row experience.

The GATV Pack includes costumes based on Johnny Gat and Aisha, a Knifethrower, and a Reynolds .50 HMG rifle. 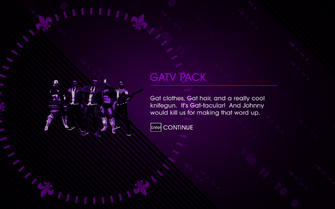 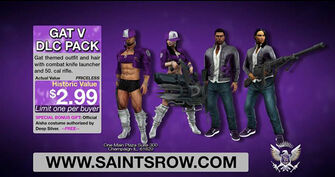 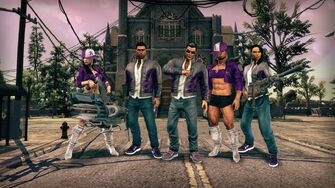 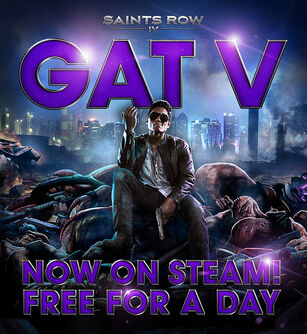 This article contains no references. See Help:Cite.
Retrieved from "https://saintsrow.fandom.com/wiki/GATV_Pack?oldid=411578"
Community content is available under CC-BY-SA unless otherwise noted.