The GAL 43 is a weapon in Saints Row 2 and Saints Row: Total Control.

The GAL has an incredibly fast rate of fire, and holds 50 rounds in its magazine. It can be dual wielded to deal extra damage and increase the magazine capacity to 100. When it comes to damage per bullet, It is the second most powerful SMG in Saints Row 2. It is comparable to Saints Row's SKR-7 Spree, albeit it does much more damage.

A few Sons of Samedi members use the GAL 43 in the mission "Eternal Sunshine", as well as a large amount of the bums that attack The Protagonist during the mission "Riot Control".

It is never available from Friendly Fire, but it uses normal SMG ammo, which is available there.

It is unlocked in the Weapons Cache after completing level 3 of the Downtown district Snatch activity. 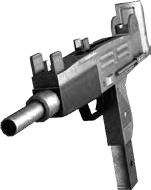 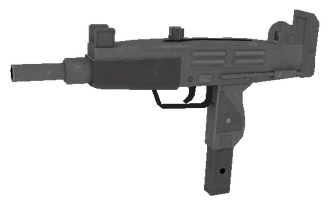 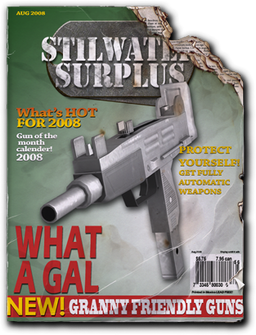 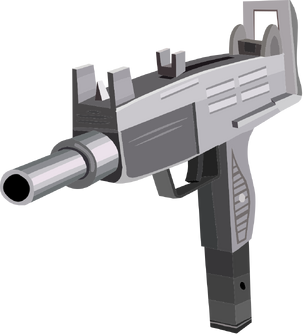 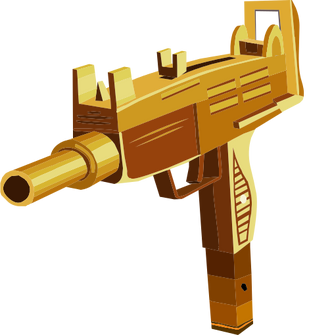 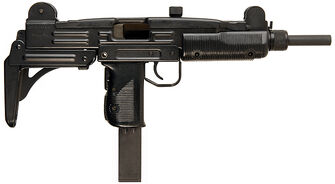 The Uzi, which the GAL 43 resembles

This article contains no references. See Help:Cite.
Retrieved from "https://saintsrow.fandom.com/wiki/GAL_43?oldid=416499"
Community content is available under CC-BY-SA unless otherwise noted.