Similar to the real-life flashbang, the in-game weapon itself isn't lethal but its blinding effects stop Playa and make them more vulnerable to any impact.

The player can carry up to 11 Flashbangs. They are commonly used by the Stilwater Police Department and SWAT teams.

They are available from the beginning of the game at Friendly Fire for $250 per grenade, and are featured in the fourth Sons of Samedi mission "Veteran Child" where they are used to separate DJ Veteran Child and Shaundi as his Human Shield.

The Flashbang is a type of grenades in Saints Row: The Third; each grenade costs $50.

After upgrading the Flashbang to Level 4, the name and image are replaced by the Fart in a Jar. The Fart in a Jar does far more damage to enemies and keeps them stunned for longer. It releases a green fart mist that may cause people to gag or vomit. 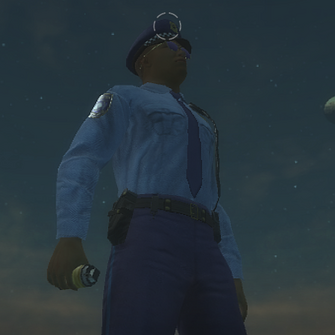 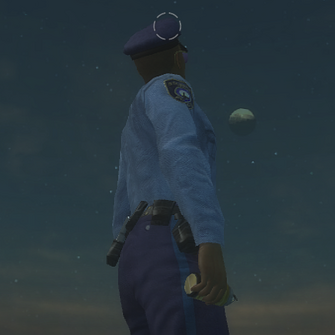 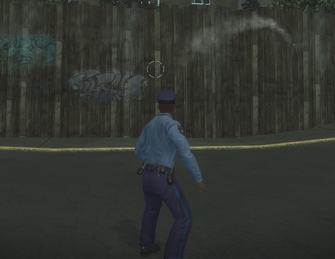 A Flashbang thrown in Saints Row 2 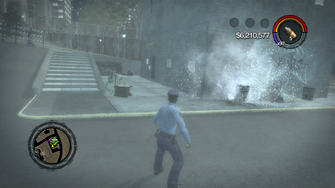 A Flashbang exploding in Saints Row 2 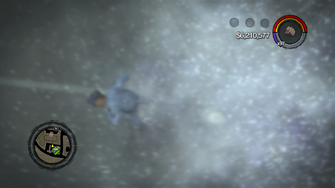 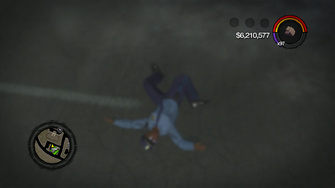 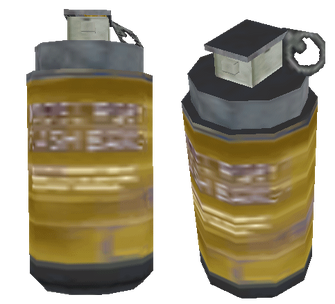 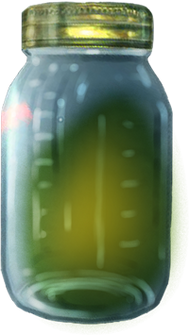 Flashbang level 4: Fart in a Jar from Saints Row: The Third 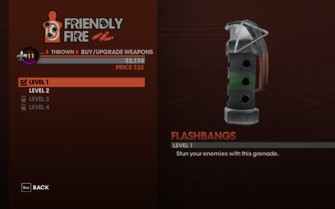 Flashbangs Level 1 in Friendly Fire in Saints Row: The Third 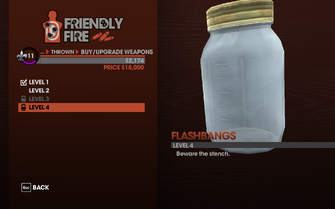 Flashbangs Level 4 in Friendly Fire in Saints Row: The Third

This article contains no references. See Help:Cite.
Retrieved from "https://saintsrow.fandom.com/wiki/Flashbang?oldid=421497"
Community content is available under CC-BY-SA unless otherwise noted.