The Five-O seats 4 people, and is used by the Stilwater Police Department and Ultor security officers at 1-4 stars Notoriety. The Five-O is not as heavily armoured as other law enforcement vehicles and is easily destroyed with a any rifle, sub-machine gun, or the Pimp Cane.

When driving this vehicle with the lights and sirens activated, all vehicles move to the side of the road. As with all vehicles with sirens, when the driver is killed or exits the vehicle, the sirens turn off but the lights continue flashing. This also happens when The Protagonist exits a stationary vehicle, or jumps out while cruise control is active.

The police car has high speed and damage resilience for a sedan. Combined with its road-clearing siren, it is an ideal choice for early game missions before acquiring some of the more exotic luxury sports cars or upgrades to an SUV for battle missions.

In Saints Row 2, it is wanted by the Suburbs District Chop Shop, and is featured in level 8 of Tow Truck.

There is only one variant of the Five-O in Saints Row, named "Standard".

The Five-O cannot be customized. 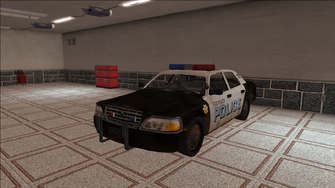 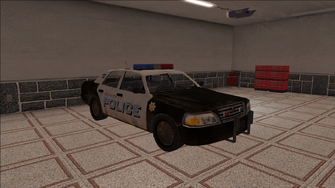 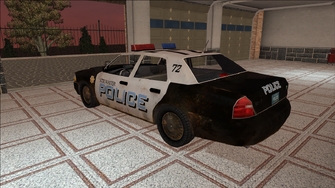 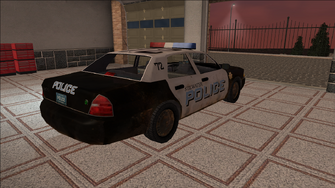 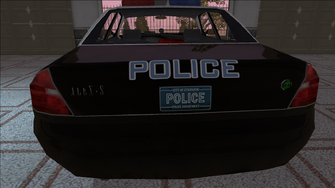 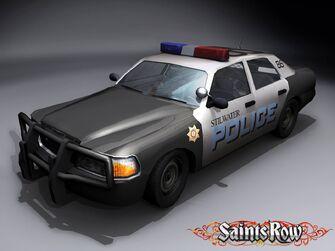 Render of the Five-O from Saints Row

Five-O (side) in Saints Row 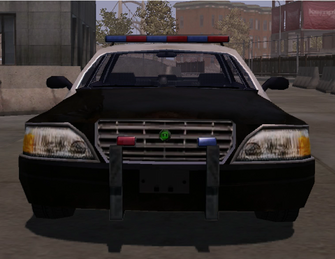 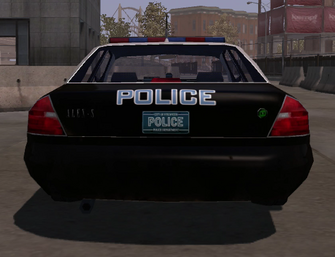 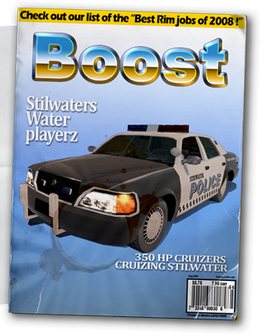 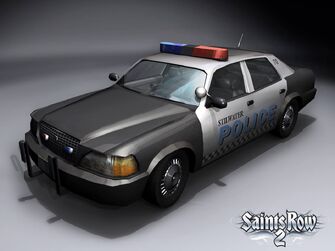 Render of the Five-O from Saints Row 2 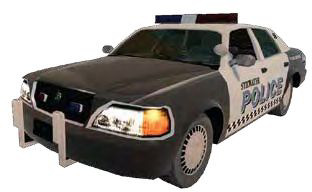 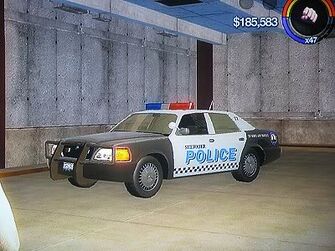 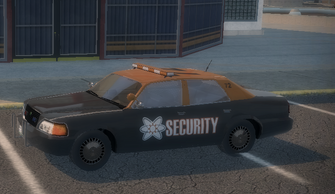 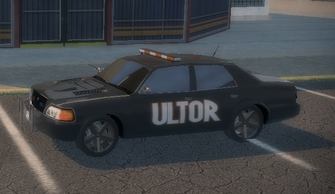 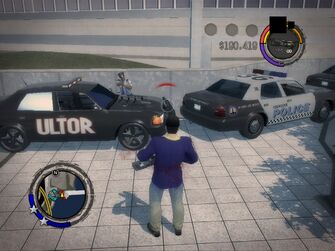 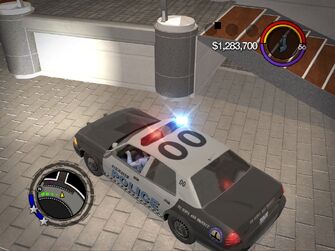 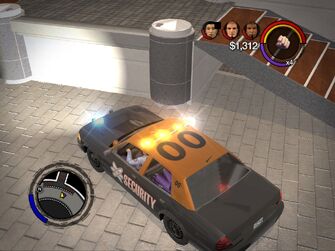 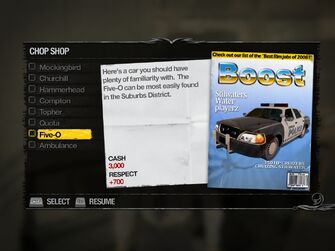 • Spawning with more than 2 occupants
Retrieved from "https://saintsrow.fandom.com/wiki/Five-O?oldid=415093"
Community content is available under CC-BY-SA unless otherwise noted.