"First Impressions" is the first mission of the The Brotherhood story arc in Saints Row 2.

The leader of The Brotherhood, Maero, meets with Playa and Carlos in the Stilwater Caverns. Maero recognizes Playa and states that they don't need to fight, but before he can continue they are interrupted by the Stilwater Police Department, who have organized a raid on the two gang leaders.[1]

After escaping the caverns and making their way back to the Brotherhood hideout, whereupon Playa sees Donnie once again, Playa is given an offer by Maero to split up Stilwater between the two gangs. However, the deal would leave the 3rd Street Saints with only 20% of the city, so Playa rejects Maero's offer and leaves, parting on bad terms.[2]

Stilwater's finest did nothing to silence their critics during a recent shootout in the Caverns. The police raided the caverns after receiving a tip that the leader of the Saints would be meeting with Maero, the patriarch of the Brotherhood. The ensuing battle left numerous police and tourists dead, as both leaders eluded capture and escaped to the Brotherhood's stronghold.

Immediately after "Three Kings", Carlos phones Playa saying that Maero wants to sit down and chat, although the mission marker is already present before the call.

Escape with Maero and Carlos

To begin with, exit the Stilwater Caverns while dealing with the Stilwater Police Department. The police are easily killed and don't constitute much of a threat. The markers and the Map make navigation easy. Along the way, there are some Tagging locations.

Take the staircase up to exit at street level, or take the steps down to exit via the water

Alright: we go up we'll hit the street. We go down, we're takin' a boat outta here.

— Carlos, upon nearing the exit

When nearing the exit, there is a prompt to either exit the shop upstairs and steal a Five-O, or continue onwards to commandeer a Miami boat.

Take Maero back to his hideout

Regardless of which path is taken, proceed to the Brotherhood hideout to complete the mission.

Hey, hey...be cool it's not so bad. Maero asked to sit down and have a chat with you...he wants to work something out before things get out of control.

Carlos: "Sup holmes, it's Carlos...I was diggin' 'round like you asked and I found out the guy runnin' the Brotherhood is some bad muthafucka named Maero. Anyway, Maero found out I was lookin' int-"
Playa: "He what?"
Carlos: "Hey, hey...be cool it's not so bad. Maero asked to sit down and have a chat with you...he wants to work something out before things get out of control."
Playa: "Where's he wanna meet?"
Carlos: "The underground caverns."
Playa: "Yeah, that's not a trap...set up the meet."

Alright: we go up we'll hit the street. We go down, we're takin' a boat outta here.

— Carlos, upon nearing the exit

"Welcome to the Brotherhood" cutsceneEdit


— "Welcome to the Brotherhood" cutscene 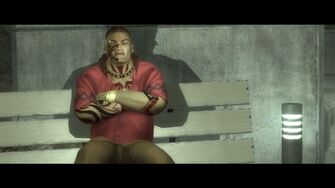 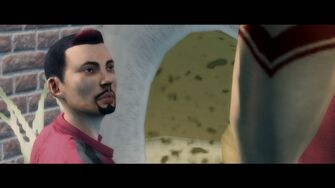 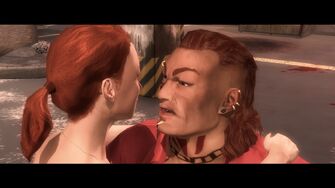 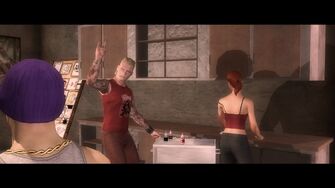 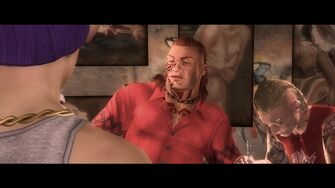 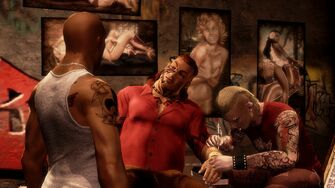 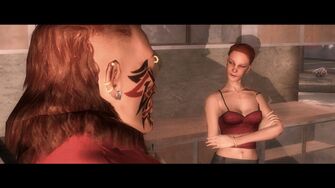 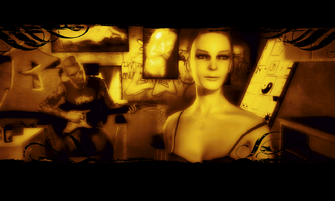 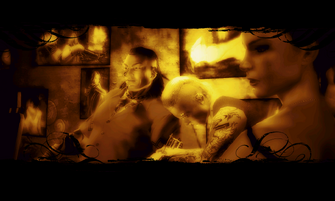 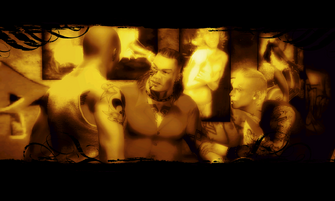 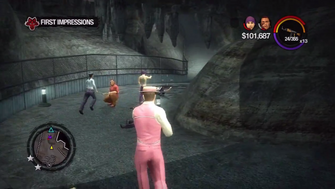 This article contains no references. See Help:Cite.
Retrieved from "https://saintsrow.fandom.com/wiki/First_Impressions?oldid=425145"
Community content is available under CC-BY-SA unless otherwise noted.