The Fire Extinguisher is a weapon in Saints Row 2.

Normally only available during the Fire Truck Diversion and is used to put out fires, the Fire Extinguisher is a completely non-lethal weapon as its spray does not damage anyone. However, if sprayed long enough, people are knocked backwards, and doing this repeatedly eventually kills them.

Although non-lethal, it can be used as a deterrent, as anyone sprayed panics and runs away, including police officers and gang members.

As with all weapons, it is added to the Weapons Cache automatically, even if it is dropped again immediately. 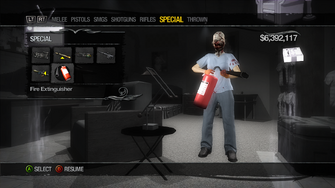 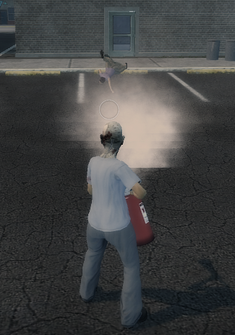 Fire Extinguisher knocking down a civilian 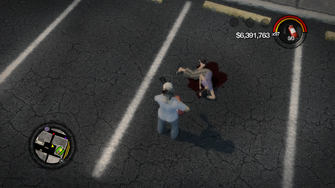 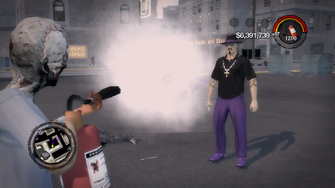 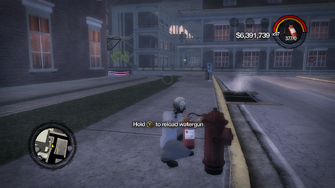 Refilling at a fire hydrant

Retrieved from "https://saintsrow.fandom.com/wiki/Fire_Extinguisher?oldid=407345"
Community content is available under CC-BY-SA unless otherwise noted.