The FBI are a type of law enforcement in Saints Row and Saints Row 2.

The FBI are dispatched at a 5-star police Notoriety and attack the perpetrator in a group of 2, with dozens sent out in attempt to take the perpetrator down. They arrive, and chase the target down in FBI SUVs and constantly ram into the perpetrator. They are a fairly weak law enforcement, however FBI agents have very good accuracy and basic but powerful weaponry, compensating for the 2-man units sent out. In Saints Row 2, there is also an the Ultor version of the FBI, however the only difference is the logos on the sides of their SUVs, having ULTOR instead of FBI.

Though they do not appear in Saints Row: The Third, the FBI is mentioned and Kinzie Kensington was a member of the FBI, until she was fired due to the actions of Matt Miller and the Deckers because she tried to convince her superiors that Matt Miller and The Syndicate are a threat.[1] Kinzie's time at the FBI she became aware of top secret information such as the existance of the Daedalus, the NEMO chair,[2] and possibly Playa's real name.[3]

FBI agents use the GDHC .50 and AR-40 Xtnd as their main weapons and the Pepper Spray as the secondary weapon, however if they have none in their hand they will grab the nearest one from the ground and use it. 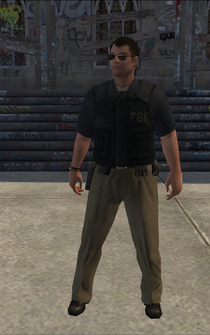 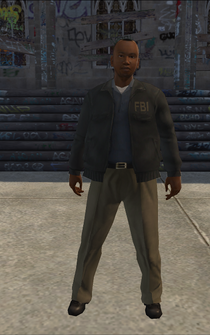 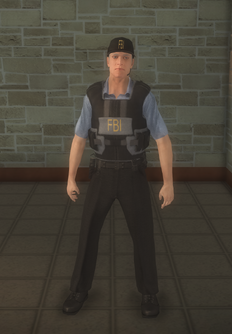 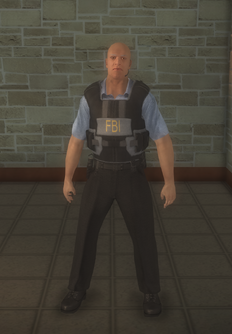 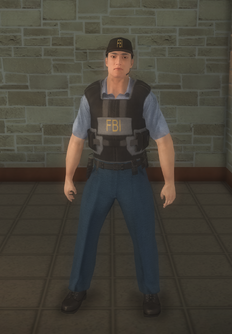 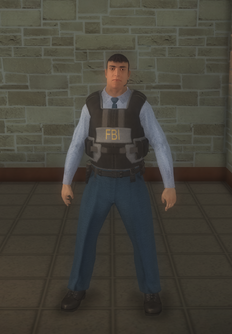 Retrieved from "https://saintsrow.fandom.com/wiki/FBI_(law_enforcement)?oldid=422863"
Community content is available under CC-BY-SA unless otherwise noted.