Drive around town and keep the paparazzi away from your car to earn cash and respect.

Drive around town and keep the paparazzi away from your car to earn cash and respect.

There are numerous obstacles to avoid, such as paparazzi, significant others, private investigators and the IRS. When any of these are close enough, progress of the 'pleasure' meter is halted, and the 'footage' meter increases. If the 'footage' meter fills up, the mission is failed.

The client occasionally asks for specific things, such as smashing up other cars, driving really fast, making long jumps, going to specific destinations or killing a specific pedestrian. Until these requirements are met, the pleasure meter stops progressing.

After two consecutive rounds, the hooker must be exchanged for a 'fresh' one, which gives an opportunity to have the car repaired.

Firing a weapon whilst in the car drains the pleasure meter, even if the shots don't hit anything.

In co-op, the guest takes the role of the prostitute, eliminating the need to pick one up.[3][4]

In the Escort Activity you must drive a Stripper and her Client around while evading the Paparazzi. At the start of the Activity you are assigned a specific car to use. Once you and the Stripper enter the car, the location of your Client is indicated on the mini map. On the HUD are two meters, the Pleasure Meter and the Footage Meter. Once you pick up the Client, the Pleasure Meter begins to fill up. Once the Pleasure Meter is filled, the Client is satisfied and you can drop them off. However, there are Paparazzi who are eager to take footage of your Client's sexual escapades. Your mini map shows a Red Circle around each of the news vans the Paparazzi are using. Any time you enter that circle, the Pleasure Meter stops filling up, and the Footage Meter increases instead. Once the Footage Meter is filled, the Client's public image has been ruined and the Activity is failed. You are rewarded with cash and respect if you are able to evade the Paparazzi long enough for the Client to be satisfied, and then drop them off. Each instance of Escort has eight levels of difficulty; if you complete all eight you will receive an extra reward.

Jack: "Hey kid, how'd you like to make some quick cash."
Playa approaches Jack's table and reaches for the money Jack had just been counting.
Jack: "Evidently you aren't familiar with the no touching rule...You want the money, you do me a favor. I got a couple of high-profile regulars who want a little more than a lap dance. Now, normally they could go off to the VIP room, bust a nut and be on their way. But these guys have special tastes they'd like to keep, uh, private. Being caught with a hooker is bad enough. Being caught with a fat hooker is even worse. I got a girl waiting in a car out back, all you got to do is pick up the John and give the two of them some privacy. Just make sure no one sees what's going on, alright?"

— Jack in The No Touching Rule cutscene.

Samantha: "Hey, baby."
Samantha approaches Playa and smiles. Meanwhile a Paparazzi is attempting to photograph her.
Bruno[5]: "No fuckin' cameras!"
Bruno takes the Paparazzi's camera and throws him to the ground.
Paparazzi: "Please, I-I-I thought-"
Bruno: "You thought you'd come here to get a story, but let me tell ya somethin', that ain't gonna happen. Now get the hell out."
Bruno throws the Paparazzi towards the entrance. The Paparazzi gets up and points.
Paparazzi: "You're gonna wish you never did that, when my lawyers get through-"
Playa punches the Paparazzi out.
Bruno: "Nice! Thanks for saving me the trouble. Tell ya what; we could use someone who's got no love for the press. A bunch of big shots like to rent our girls for private parties, and there's nothing the media loves more than a sex scandal. If you can make sure our girls can do their job without the press catching on, we'll pay you some serious cash."

Jenna: "Hey darlin'. Why don't you have a seat?"
Jenna motions to the seat next to her, and Playa sits down.
Jenna: "I don't mean to pick on ya or anything, but most of the Saints go to places that are a little trashier...why do I got the feelin' you're looking for something other than pink?"
Playa gives a shrug.
Jenna: "I guess you like to keep to yourself...that's good, I like discretion. Celebrities look to me when they're in need of companionship. They've all made their way into my little black book, and the list keeps growing. These are powerful people, and if their hobbies were made public it would ruin their careers, to say nothing of my livelihood. If you're up for it, I need a driver. Simple job; take the girl to the client, then give them enough time in private." 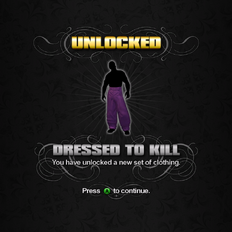 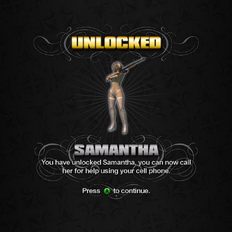 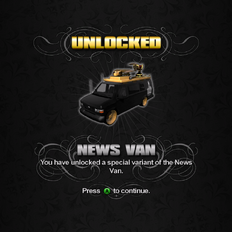 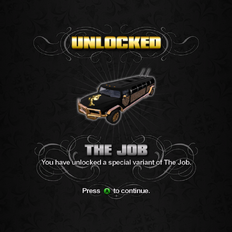 All Escort: Vehicles - The Job

Sykes runs an illegitimate escort business through the Tee'N'Ay strip club and is being watched by the police. He wears black clothing, has a French accent, and speaks in third person.

Sykes: "'Ello mon ami...what can Sykes do for you?"
Playa: "You know what the overhead for runnin' a gang is? I gotta get some money rollin' in."
Sykes: "Charity is not a favorite virtue of Sykes... perhaps though, Sykes can interest you in some work."
Playa: "Keep talking."
Sykes: "Naturally, as Sykes is currently under investigation by the Stilwater PD this is, of course, hypothetical. But IF there was a car out front containing a loose woman...and IF you were to provide an environment where said woman could entertain lustful individuals, all while maintaining their privacy...Sykes MIGHT be able to pay you in cash or in trade."
Playa: "Cash is good."
Sykes: "Looks like we have ourselves a partnership, no?"
Playa: "Partnership nothin', I'm just driving around your hos."
Sykes (unused): "Sykes appreciates your candor."

Lindsey is contacted through Thirteen Thirty Seven internet cafe. He resembles a stereotypical nerd, and prefers to be known as a "Romance Manager" rather than pimp.

Lindsey: "Thanks for coming...I'm Lindsey"
Playa: "You look a little nerdy to be a pimp."
Lindsey: "I'm not a pimp, I'm a romance manager."
Playa: "So what, no girl will let you turn her out?"
Lindsey: "That's not the point."
Playa: "No girls means no work."
Lindsey: "Look: just 'cause I'm not working a corner like that bloated asshole Helmers doesn't mean that I don't have any girls. I organize all my john's through Meg's List. All I need is a driver to move the girls to the clients."
Playa: "Why don't you do it?"
Lindsey: "Oh, I don't have my license yet..."
Playa: "This is a hell of an operation you're running..."
Lindsey: "Dude, shut up!"
Playa: "Is that any way to talk to an employee?"
Lindsey: "So you'll help?"
Playa: "Are you kiddin' me? I'm dyin' to see what kinda girls you're runnin up in this piece."

Drive fast and safe to keep the Tiger happy and increase your courage.

In Saints Row: The Third, there is a variant of Escort in which a Tiger is escorted, rather than a client with a Prostitute.

Angel De LaMuerte tasks Playa with driving around in a vehicle with a tiger in the backseat, in an effort to make sure Playa is tough enough to fight the Syndicate.

The "pleasure" and "footage" meters are replaced with "Courage" and "Animal Rage" respectively. When a news van gets too close, or the car collides with cars and obstacles, the tiger mauls Playa.

The tiger does not for specific tasks, but it sometimes attacks Playa, which temporary affects steering. Filling the "Animal Rage" does not cause instant failure; the chance is given to calm the tiger by drifting his car for a few seconds.

In co-op play, a guest sits in the backseat in an attempt to tame the tiger "if things get too tough".

Jack Armstrong: "I'm Jack Armstrong in the newsroom with this special report: limousines: sleek, black beauties gliding along the highways of Stilwater, silently moving high society from party to party. No, think again. Today's limo is no stretch, no, more likely it's a tricked out street racer, a modded death machine driven by hoodlums with a backseat chock-full of no good. Recently, injury, property damage, and death have inserted themselves into the picture with drivers of these cars screaming up and down the party circuit, dropping off their high-heeled hussies, only to launch their vehicles into the crowds of onlookers, with no other goal than to get to the next stop of the Red Light route. Buildings have been damaged, people maimed, killed, or worse. Don't be a statistic; eyes in the rear-view, hands at ten o'clock and two o'clock, and... buckle up. If you're set upon by one of these devil cars, get the hell out of the way. For updates, tune to us for the latest details and information. For Jane Valderamma, Flying Officer Mike McCabe, and all of us in the newsroom, I'm Jack Armstrong."

Jack Armstrong: "I'm Jack Armstrong in the newsroom with this special report: the image of the kindly old limousine driver waiting patiently for his client to exhaust themselves at whatever Stilwater watering hole they might be slaking their thirsts at is, sadly, gone - replaced by wild-eyed youngsters who own their own muscled-up cars and have a reputation for mayhem. Their cargo - no longer Mr. and Mrs. Successful - no, today's reckless limo driver is more apt to be ferrying about the stripper, the prostitute, as the kid's would say, the "hoochie". Moving from venue to venue, plying their trade, engaging in all manner of vice, their enemy is time. And for these young lead-foots, that means driving that borders on maniacal, never meeting a traffic signal they couldn't ignore or pedestrians that couldn't be side-swiped. Today's limo driver is a terror that needs to be watched for. Be vigilant and safe out there. For updates, tune to us for the latest details and information. For Jane Valderamma, Flying Officer Mike McCabe, and all of us in the newsroom, I'm Jack Armstrong."

Jack Armstrong: "I'm Jack Armstrong in the newsroom with this special report: the life of a paparazzi: following runway supermodels, fresh-faced boy toys, and baby doll pop singers around, looking for that perfect tabloid photograph. Usually, a safe profession, until now. The driver of a celebrity-laden vehicle recently injured several photographers in his zeal to deliver his famous cargo to yet another glitzy Stilwater nightclub. Arm broken, camera shattered, the only images that this paparazzo will be viewing will be those of his own x-ray. And no identity has been assigned this whacked-out chauffeur; when contacted, the local police have had no response to the public pleas for his name. It's best to steer clear of the local livery, their goals are no longer comfort and safety, but instead deadly speed. For updates, tune to us for the latest details and information. For Jane Valderamma, Flying Officer Mike McCabe, and all of us in the newsroom, I'm Jack Armstrong."