Epic Jump Quest is an Achievement in Saints Row IV.

Jump from the roof of 3 Count to the Nuke Plant, without touching the ground or other rooftops.

— Description of this Achievement

Although the descriptive specifically states from 3 Count to the Nuke Plant, it is possible to unlock the achievement in either direction.

The Achievement starts when jumping off any part of the 3 Count or Burns Hill Reactors roof, including the top of the smokestacks or cooling tower. The Achievement is awarded when approaching the other rooftop, but it is not necessary to actually touch the roof.

The only feedback regarding this Achievement is the "Achievement Unlocked" Message upon completion. There is no in-game reward for completing the Epic Jump Quest.

There is no in-game feedback for starting, completing, or failing the attempt, so it is not possible to know whether the attempt is still active, or when subsequent attempts of the Epic Jump Quest are successful after the first completion. 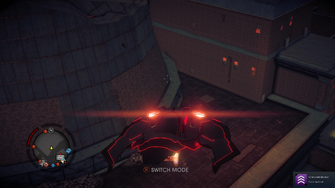 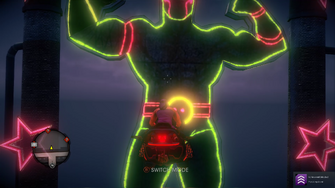 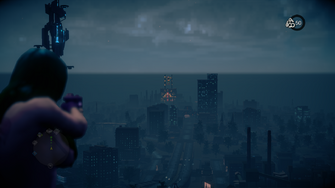 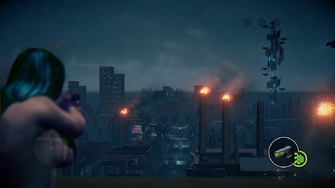 This article contains no references. See Help:Cite.
Retrieved from "https://saintsrow.fandom.com/wiki/Epic_Jump_Quest?oldid=412261"
Community content is available under CC-BY-SA unless otherwise noted.