Energy Sword is a weapon in Saints Row IV.

A single slice deconstructs most opponents.

The Energy Sword deals very high damage per hit, on par with fully-upgraded Baseball Bat and Tentacle Bat , and desintegrates killed enemies as well as objects and car parts. Once upgraded with side quests, killed enemies drop larger amounts of health, making it a good melee weapon to go berserk and decimate enemies at close range (while bats, who have a greater knockback effect, are better to keep strong enemies away while overkilling weaker ones anyway). The Laser Razor is the only costume for the Energy Sword in the base game. An additional costume, the Braver Sword, is available in the Anime Pack DLC.

There are no purchasable upgrades for the Energy Sword.[2]

The "Energy Sword Health" upgrade is unlocked for completing the "Saintfinger" Side Quest from Asha, this upgrade increases the amount of health dropped by enemies killed with this weapon. 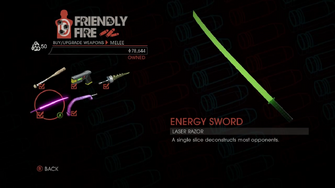 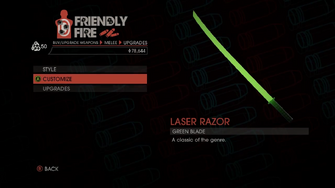 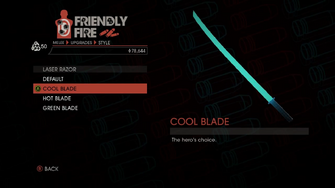 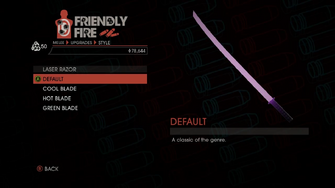 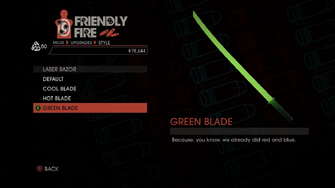 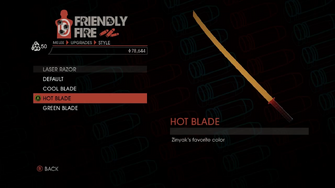 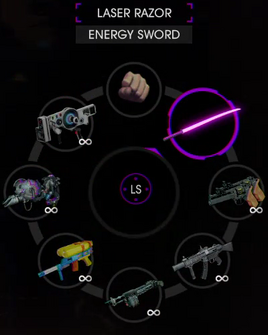 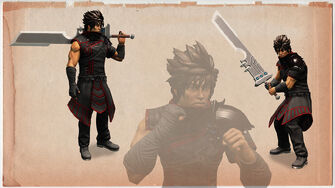 This article contains no references. See Help:Cite.
Retrieved from "https://saintsrow.fandom.com/wiki/Energy_Sword?oldid=408232"
Community content is available under CC-BY-SA unless otherwise noted.