Electric Grenades are a thrown weapon in Saints Row: The Third.

Electrical damage and the ability to stun those around you.

Electric Grenades function as a stun device. It has a stun gun-like area-of-effect. When fully upgraded, the grenade sticks to whatever surface they strike. These grenades are utilized most effectively when surrounded, as their detonation stuns all types of enemies, including Brutes.

Electric Grenades disable NPC vehicles, similar to an electromagnetic pulse, although they only shut off the lights of the player's vehicle, and disabled NPC vehicles can still be stolen normally, which makes this an effective method to force NPC vehicles to stop. 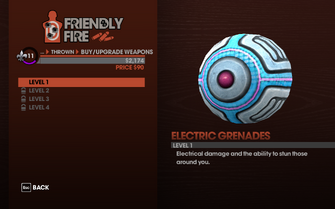 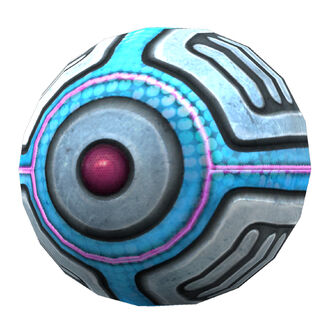 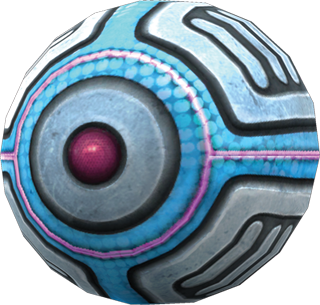 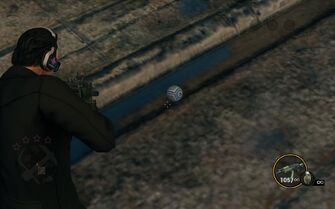 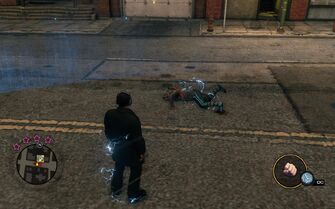 This article contains no references. See Help:Cite.
Retrieved from "https://saintsrow.fandom.com/wiki/Electric_Grenades?oldid=406274"
Community content is available under CC-BY-SA unless otherwise noted.