There are many hidden "Easter Eggs" in the Saints Row series.

Easter Eggs are secrets hidden in video games and films which are not related to the plot and reference something from outside the story.

This page is not a repository of all Trivia. There are many movie, literary, and popular culture references through-out the game, such as quotes, Mission names, mission events and Achievement names. These are listed in the Trivia section of each article.

See the pages for game credits for a list of in-game references to developers.

During Kinzie's Homie conversation with Josh in Saints Row: The Third, she mentions her "31 Theory".

The 31 Theory. Anything important is always connected to a 31. Nyte Blayde Season 3; best season, aired in January, had thirteen episodes.

— Kinzie, in a Homie conversation with Josh[1]

Many works of fiction often contain multiple references to the same number, usually the favorite number of the writer. TVtropes refers to this concept as an Arc Number.

Here are some other in-game references to 31 and 13, some obviously deliberate, some possibly coincidental.

The Volition logo, as well as the name Volition, are included in many places in-game.

The Saints Row series features many references to Red Faction, but Volition have confirmed multiple times that the Saints Row and Red Faction universes are not linked, and that the Ultor references were only intended as Easter Eggs and an homage.[37][38][39][40]

There are many Civilian suicide locations in Saints Row.[48][49]

Suiciding Civilians stand at the cliff edge until approached by Playa, then they say a random line and jump.

I can't take writing all these persona lines

Judges, get your score-cards ready!

Inside the Lopez Mansion is a locked room containing a Teddy bear full of money. The door can be opened by an explosion, and the bear breaks open when shot, but is invulnerable to explosions.[50]

A K6 Krukov spawns every 15 seconds on a basketball field north-east of the Abandoned Police Station.[51]

This easter egg causes Playa to be permanently on fire with super-human strength.[53][54]

In Saints Row 2, there is a Collection Diversion to find 32 Secret Areas, many of which could be considered "Easter Eggs".

There are many hidden Idle animations which Playa can perform in Saints Row 2.

In Saints Row 2, there are many Action Nodes where Civilians commit suicide by jumping off buildings, and overhanging signs.

In Saints Row 2, there are several Action Nodes where Civilians with failed parachutes fall from the sky. One of them falls into the open grave in the Mourning Woods Cemetery.

In Saints Row 2, there is a Hockey mask near the lake to the north of Mount Claflin,[60] which is similar to Jason Voorhees' mask from the movie Friday the 13th.

It can be picked up as an Improvised Weapon, called "Bones". When picked up, it appears as the hockey mask, but when the player walks away from the original location, it turns into a skull. When replaced, it turns back into the mask after a few seconds.

Near the Secret Area known as Super Secret Area, there is a small Sea Creature which swims in a large circle. It is essentially the same as the fish which can be found swimming in many areas and follows a set path. It cannot attack, flee, or be killed.

The texture file for this animal named "creature", and is the only known mention of it in the game data files.

It appears to be similar to the skeleton on Bone Island, and may be the same type of creature.

There is a billboard to the east of the Hotels & Marina district which says "Beware of the Mehrman", with the notes that he was last seen off the Marina Shore and is "Flippered and Dangerous".

There is a drawing of half-man half-fish, which does not look like the Sea Creature.

Mehrman is a reference to Brian Mehrman, one of the art team.

When a corpse is lying on the ground, turn away from the corpse and it changes position to lie flat with all limbs spread. Shock the body with the Shock Paddles to launch the corpse into the air.

The names on the graves in Mourning Woods Cemetery are all the names of developers.

At 11pm until 4am every second night, horror-movie-like noises, voices, and screams can be heard coming from the house at the north end of the Mourning Woods Cemetery.

Onboard Nossirah cargo ships, there is a dead penguin nailed to the bulkhead behind the ship's bridge.[61] Shooting the Penguin result in a blood spatter effect.

On board all Cargo Ships is a list of "Missing Ships", both real and fictional.

Some dock cranes have a sword leaning against the base.[62] This sword is based on Finn's sword in the Adventure Time logo. The filename of the sword's texture is "mathmatikron". In Adventure Time, the word "mathematical" is used as a synonym for "radical".

Several locations in the game have unexplained violent sound effects.

Many of these are still present in Saints Row IV

The "Employee's Only" door at Let's Pretend can be shot open, and there is a secret room containing developer heads and the Tiny Pistol weapon.[65] Shooting the developer heads sets off fireworks within the basement. 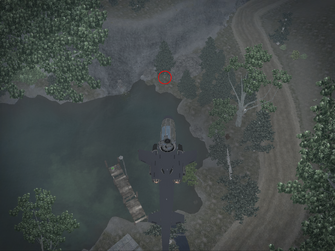 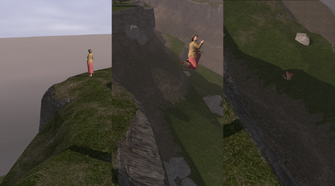 A civilian jumping off a cliff in Saints Row 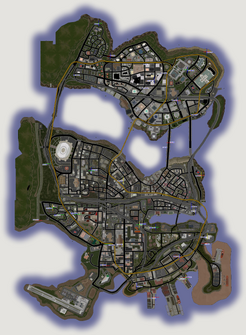 Close up of Mehrman face 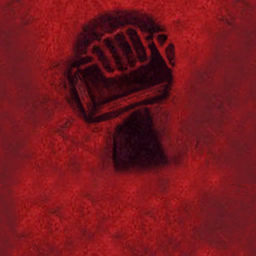 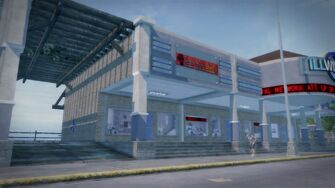 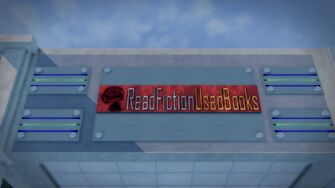 A closer view of the ingame Read Fiction Store logo

This article contains no references. See Help:Cite.
Retrieved from "https://saintsrow.fandom.com/wiki/Easter_Eggs?oldid=421748"
Community content is available under CC-BY-SA unless otherwise noted.