Take a bullet-laden trip through musical history! Get the crowd off its feet with the power of polka, set those hepcats a-swinging with big band, indulge your refined side with some classical, and then start the moshpit with some heavy metal.

It includes the "Dubstep Gun (DLC Remix)" which is a different weapon from the Dubstep Gun, requiring each version to be upgraded individually.

The Dubstep Gun (DLC Remix) is a Special Class weapon, using a charge meter instead of ammo, that regenerates over time. It comes with four costumes: Classical, Oktoberfest, Dethmettal, and Swingtime.

Much like the Dubstep Gun, the Dubstep Gun (DLC Remix) works the same way by firing pulses of energy to the beat of a song; the song being determined by the Costume selected for the gun.

Each costume for the Dubstep Gun changes the song played in addition to the weapon's model. Unlike other weapons, the change is more than aesthetic, as the rhythm and beat of the song determines the rate of fire and intensity of the shots. 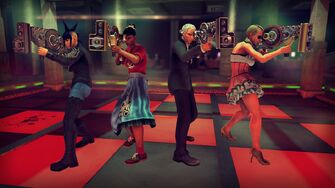 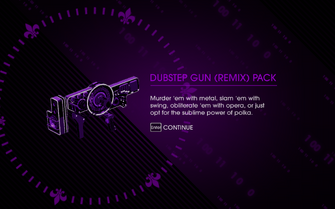 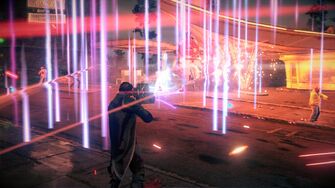 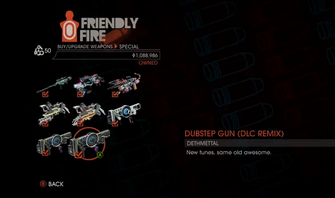 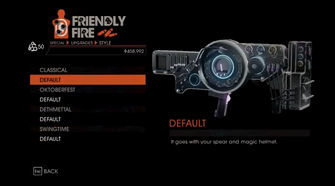 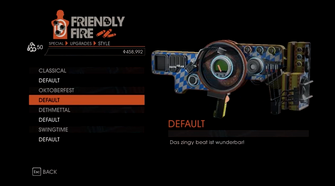 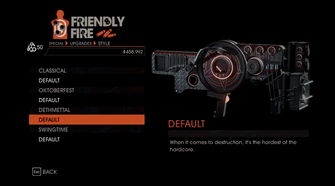 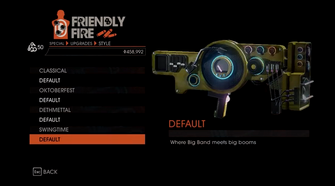 This article contains no references. See Help:Cite.
Retrieved from "https://saintsrow.fandom.com/wiki/Dubstep_Gun_(DLC_Remix)?oldid=407068"
Community content is available under CC-BY-SA unless otherwise noted.